Scene of the Crime with Author Tarquin Hall!

This week's featured author always wanted to write non-fiction-- and he has-- but there are many readers who are thrilled because he realized that he could tell just as much truth by writing fiction. I am one of those thrilled readers. Tarquin Hall writes one of my absolute favorite mystery series. Private investigator Vish Puri, his employees, and his family get involved in all sorts of fascinating cases while they give us a wonderful in-depth look at life in present-day India. The three books in this series are definitely armchair travel sleuthing at its finest, and I urge everyone who has yet to read one to become acquainted with Vish Puri as soon as possible.

Even the charming opening page of Tarquin's website begins a visitor's introduction to India, and there is so much information there that I'd better not waste any more time in sharing these links with you!

One of the many results of opening the door of my reading world to Vish Puri is the Indian meal my husband and I enjoy at least once a month. (My British husband is a pro when it comes to Indian cuisine. Me? We just didn't have food like this where I grew up in central Illinois!) Don't be surprised if this wily private investigator has you making a few additions to your own routines! 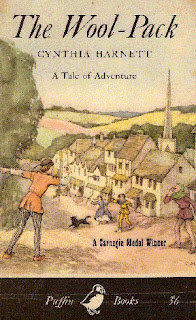 It was The Wool-Pack by Cynthia Harnett.  I remember getting it in a Christmas stocking.  I must have been about seven or eight, I suppose. It was a beautiful hardback edition – I still have it – with a lovely illustrated glossy cover.

I have to confess at this juncture that I wasn’t a great reader when I was a kid (unless of course you count comics). But I devoured The Wool-Pack.  It’s a great story about kids growing up in 15th century England.  Their father is a wool trader and he gets himself in trouble.  I remember the bad guys very vividly – they were Lombards.  Although at the time I didn’t really understand who Lombards were they sounded like people you didn’t want to mess with.

Well these days I have a couple of very young children – 1 and 3, so that keeps me pretty busy.  But when I’m not writing or working I like to travel.  That includes exploring Delhi where I live these days.  There’s nothing like a trip to the Old City, the Mughal Emperor Shah Jehan’s once glorious capital, where some of the streets are barely as wide as the total span of my arms.

My hometown is London so I would recommend going and visiting Upton Park, the East End neighbourhood where we were living until a few years ago.

Green Street is the main thoroughfare and if you want to see ‘ethnic’ London – it’s mostly Punjabi – that’s the place to go. I think the only shop left that’s not owned by British Asians is the old Pie and Mash shop.  Even the pub is packed full of Sikhs.

During mango season (May to July) you can pick up every kind of South Asian mango – and there’s a Lahori vendor of genuine kulfi, that’s a kind of ice cream flavoured with pistachio and cardamom.  There are plenty of cloth shops selling saris and silks, too. Afterwards you can always go and watch a soccer match at West Ham stadium down the road and get a real taste of British working class culture!

Wow that’s a hard one!  I think I’d want it to be a spoof.  So perhaps Steve Carell, assuming he can do a half-decent British accent.

Oooh that’s tough!  I’d have to choose George Smiley if Le Carré counts.  He’s actually an incredibly dull, depressing individual.  But I love the way he interacts with the other characters.  It’s very powerful. 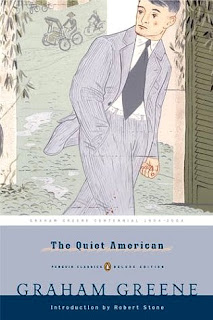 The Quiet American by Graham Greene.  Best last line ever.

[And that last line is: “Everything had gone right with me since he had died, but how I wished there existed someone to whom I could say that I was sorry.”  Last week's interviewee chose the same book, by the way!]

When I got a letter in the post from the venerable old British publisher (as it was then), John Murray, saying that they’d like to publish To the Elephant Graveyard, I literally hopped up and down in my room for about half an hour.  I could barely contain my excitement.  When I saw it in the bookshop for the first time, I remember being excited but also feeling quite daunted because it was suddenly one amongst thousands of others. That was silly, really, because when all’s said and done writing books is just like anything else – it’s about your own journey, even if you share your work with the public.

To learn the true meaning of generosity. 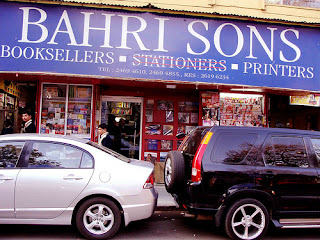 Bahri Sons, Khan Market, Delhi.  It’s my favourite store in the world.  What they don’t stock they can get – and usually by the end of the day.  My detective Vish Puri has his offices above the premises.  I must have bought hundreds of titles from Mr. Bahri over the years.


Thank you so much for spending this time with us, Tarquin. It was a pleasure to be able to get to know you a little better.

May your book sales do nothing but increase!
by Cathy at Monday, February 11, 2013