Scene of the Crime with Author Rebecca M. Hale!

When I read Adrift on St. John by this week's featured author, I knew I would be looking for the next book in her Mystery in the Islands series. Rebecca M. Hale not only entertained me with a good mystery, she also taught me a bit about St. John's history and customs and introduced me to a very interesting cast of characters. No one-- even the main character-- is exactly as they appear, and I really appreciated this not-your-typical-cozy mystery.

The cat lovers amongst us may be interested in knowing that Rebecca also writes the Cats and Curios series, and as you read further into this interview, you're going to learn some fascinating and inspiring things about the first book in that series, How to Wash a Cat.

As you know, I like to do a bit of research on each week's guest to provide you links to the author so you can learn more about them and connect with them. Here are a few links for Rebecca:

There is a very, very engaging interview ahead, so let's get to it! 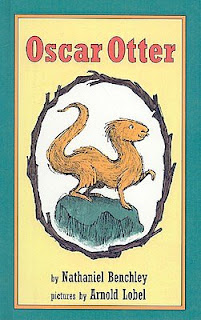 Oscar Otter by Nathaniel Benchley. I read this book over and over as a small kid. It’s about an adventurous otter named Oscar who enjoys making slides that he can ride down into the local pond. Each day, he makes his slide a little bit longer, venturing farther away from the safety of home. Eventually, he gets into trouble.

The story culminates in a fantastic chase scene involving Oscar, a fox, a wolf, a mountain lion, and “a moose, who thought he was in a circus parade.”

I just reread it, and it still makes me laugh. Hands down, the best book ever.

I’d say pretty much everything I do relates in one way or another to my writing. When I’m not physically sitting at my desk in front of the computer, my favorite activity is to travel to new and interesting places, to learn something about the area’s history, and to try to capture what I’m seeing through amateur photography. I then bring all that back with me to my office and incorporate it into my books.

I don’t think there is a formal guide book for Fruita, Colorado, but here are a couple of tidbits.

Fruita sits at the foot of the Colorado National Monument, an elevated sandstone park filled with canyons, arches, and all sorts of desert wildlife. There’s a scenic driving tour and several marked footpaths of varying lengths that you can take from the main road. You could spend a few hours or an entire day up on the Monument.

Fruita’s also known as the home of Mike the Headless Chicken, a real life chicken from the 1940s who miraculously survived a beheading and went on the road as a circus act. He lived in his beheaded state for about eighteen months before choking on a piece of corn.

There are memorials to Mike all over town and, of course, an annual festival, where you can buy your own Mike the Headless Chicken T-shirt.

It’s hard for me to imagine what that movie would look like, but I’d have to pick Sandra Bullock, someone adventurous but with a healthy sense of humor.

Trixie Belden. I read every one of her books growing up and still have the complete set. Recently, I heard that there’s a market for the books, since they’re currently out of print, but I couldn’t bear to part with mine. I’ll have to put them in my will. 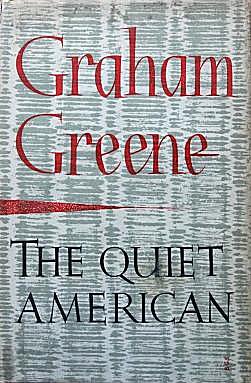 The Quiet American by Graham Greene. I first read it in 1997 in Saigon on a three-week trip to Vietnam that I took right after sitting for the California Bar. I was in the country thirty years after my father had been stationed there during the war.

Greene really captured the essence of the place and time. I loved his writing and the hopelessly flawed characters. It was on that trip, reading TQA, that I first had the strong conviction that someday I wanted to be a writer.

I self published my first book, How to Wash a Cat, in hardcover under my own imprint, Green Vase Publishing, so it wasn’t really a matter of hearing from someone else. I never submitted the manuscript to agents or editors; I just decided that I was going to publish it on my own and took it from there.

This was in the spring of 2008, a lifetime ago in the book industry. I didn’t even consider publishing it as an ebook as that format had yet to take off. I did all of my own text layout and cover design and had the book professionally printed on a web press in Nashville, Tennessee. Once I had the physical books, I took them on the road.

Through Barnes and Noble’s Small Press Program, I was able to do “meet and greet” style book signings, typically at the front entrance of their stores. I also stopped at any independent that would have me. That summer, I drove back and forth across the country, about 40,000 miles in total, doing informal events in bookstores from California to Cape Cod and everywhere in between.

Unbeknownst to me, Barnes and Noble sent the book to Natalee Rosenstein, my current editor at Penguin. That fall, she contacted me for a license to the paperback. We’ve been working together ever since.

The Penguin paperback came out in January, 2010. To the surprise of everyone, including Penguin, it made the New York Times list, first at number 19, the next week at number 16 – and then they ran out of books. It was on the extended list for four more weeks as they rushed it into printing. Who knew so many people would be interested in How to Wash a Cat?

Whenever I see one of my books on a bookstore shelf, I think back to 2008, all of the miles, all of the hours sitting at tables with my bookmarks and fliers. It was an insightful and humbling experience. 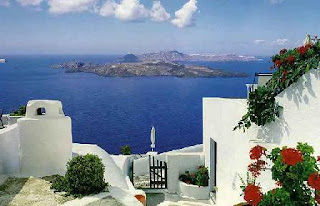 I would like to spend a couple of weeks ferrying around the Greek Islands – and then write about the people and places I discover. (A book proposal about Santorini is already on my “to do” list.)

Jonathan Richstein at Sundial Books was the first (and for a long time the only) person to respond to my How to Wash a Cat promotional material, which included a photocopy of the introductory cat-washing scene. I still remember the day he called me and invited me to a book signing at his store. I had no idea how I was going to get from Western Colorado to Chincoteague Island, but I was determined to make it happen. He and his wife were incredibly gracious hosts to the event. They gave me the extra motivation I needed to keep going through that long summer of self-promotion, and I am forever grateful.

Thank you so very much, Rebecca, for being my guest this week. I now want to visit the Colorado National Monument and Sundial Books, and I'm thinking about picking up a Mike the Headless Chicken t-shirt. And your 40,000 mile summer? Amazing and inspiring! We really appreciate this chance to get to know you a little better.