Scene of the Crime with Author Stephen Miller!

If you like to read books that are nail biters, have I got the book and the author for you. Stop by tomorrow to read my review of The Messenger, a book that puts a face, a heart, and a mind to a terrorist who plays a part in a deadly plot against the United States. Today, we get to learn more about The Messenger's author, Stephen Miller.

I chose this shadowy photo of the author because he's not big on social media, although he does have a website. Born in Durham, North Carolina, he now spends his time between that city, Hawaii, and his home in Vancouver, British Columbia.

He has no problem staying busy either. Miller hasn't always been a writer; he's also a professional actor who has appeared in "Da Vinci's Inquest," "The X Files," and "Outer Limits." All this, and he writes a darned good thriller, too! 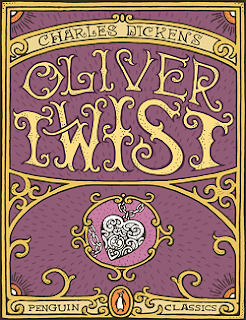 I could read at an early age; we lived in the country so I went through all my parents' books.  I discovered "Landmark" books, which were sort of YA non-fiction, biographies and histories.  I spent all my allowance on them.  Then I got into Tom Swift Jr. and bought the entire series as they came out.  Highlights of early reading were all of Jules Verne that i could find in the library, the same with Sherlock Holmes, Orwell's 1984, and then at some point I was blindsided by Oliver Twist, which I just fell into.  It really was the most amazing experience.  So, maybe I have to say Dickens is really the starting point for me, even though there were many others before him.

There's very little free time, but I try to fit in the Formula 1 races during their season, (only on TV, I can't afford to travel the world), and my wife and I can often be found at the movies.  Vancouver is a great outdoor city, and we are near the beach.  We walk.  We cook.  It's very domestic and peaceful, not too exciting, but very rewarding.  We're actually shopping for a place out of town, and have been for some time, so for fun we go out and pester the realtors. 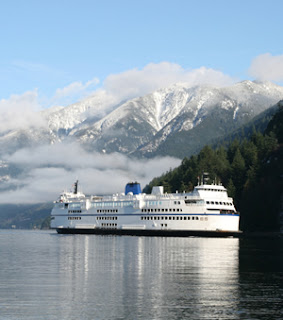 Vancouver is one of the most beautiful cities in the world.  Just going outside is the best thing.  If you bicycle, a huge portion of the city can be toured via the sea wall.  It's also a great food city with some world class restaurants.  Tojo's is world famous for sushi and everything Japanese, for example.  I always tell people to go from Vancouver to Victoria via the ferry which is just a fantastic ride.  You spot the occasional orca, plus seals and eagles.  Lovely.   Flying from the harbour in downtown Vancouver is also a fantastic tour...you're so low that you see everything.

Well, Robin Williams, who I met while shooting RV, is a great guy and a bit of a goof and so am I.  Oliver Platt is a great character actor and I'd approve his casting.  Jim Broadbent if he could master the Southern accent would be a wonderful choice.  All of them could do me better than I could.

Le Carré's George Smiley, hands down, not counting my own Pyotr Ryzhkov, of course.  I also like Philip Kerr's Bernie Gunther. 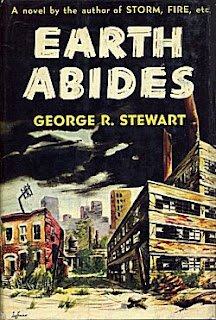 I think I'd most like to have George Stewart's Earth Abides.  It's a not very well known science fiction novel about the end of the world.  Very un-sensational.  Sort of Eco-fiction.  I think he wrote it in the 40s.   A great book.  I tried to get the film rights on two or three different occasions.  It's the most peaceful, grounded, and sane post-apocalypse book you'll ever read.

With the birth of each book there is a bottle of very expensive champagne.  I do sort of lurk in the bookstores to see if there are copies, and how they are displayed.  I know a lot of the owners and staff around town-- they see me coming.  One of my books, (I will not say which) had a sort of mediocre cover and I remember going into Chapters and seeing it displayed against all the other "good" covers.  It was pretty much invisible and that was a real bummer.  I'm getting better about it, and don't obsess as much as I did in the beginning. 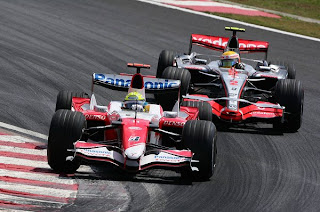 I want to drive a very nimble, very fast car around the Nurburgring race course. 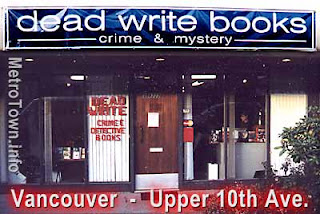 I'll either go to White Dwarf, Dead Write, or Pulp Fiction if in Vancouver.  Or The Regulator if I'm in Durham, North Carolina (where I was born and have family)  All are independents, fabulous selection with great staff.

Thank you so much for spending this time with us, Stephen. We appreciate the opportunity to get to know you a little better.


If you'd like to see the book trailer for The Messenger, just scroll on down a bit and take a look-- and don't forget about my review tomorrow!