Scene of the Crime with Author Amy Dawson Robertson!

One thing I've learned with this blog is that it never hurts to send an email, whether I'm the one sending it or receiving it. In the case of this week's featured author, Amy Dawson Robertson sent the email which led me to read her first book, Miles to Go. That first book introduced me to Rennie Vogel, a woman who's physically and mentally strong, yet very vulnerable and conflicted. Rennie is definitely the sort of character who has the potential to go far in a series.

It's now been my pleasure to read Scapegoat, the second book in the Rennie Vogel series, and if you stop by tomorrow, you'll be able to read my review. But that's tomorrow. Today, we have the opportunity to get to know Amy a bit better.

To start off, here are a couple of links so you can learn even more about this talented writer:

Now let's get started with the interview! 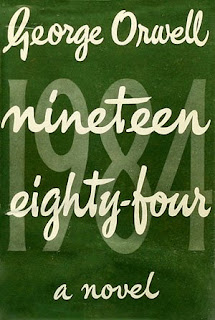 I'm going to skip to high school -- though I can remember a few well-loved books from my childhood, they aren't nearly as vivid as those introduced to me by my great English teacher, Mr. Craig Porter. I had him for two years and his Honors English courses were like none other in the school. His classroom had no desks but was arranged seminar style with a large table we all sat around. He introduced us to such a wide swath of literature, but the book that stays with me the most is George Orwell’s 1984.  It remains such a great example of a completely engaging, well-paced novel that also has something really important to say.

[I had an English professor in college like that. Teachers can make such a difference!]

This is probably an answer you get a lot, but I read as much as I can in my free time. Now that I have an iPad I’ve become a bit of an obsessive with saving long articles to my Instapaper. I really count this time as research though since I’ll regularly stumble on a detail, a scenario, an image that completely captures my imagination and that I’ll save in my ideas folder for when I’m working on a new story. I also like to listen to live music, especially jazz, and I try to get outside as much as I can – either walking in the neighborhood or yard work. It’s really good for the brain.

I grew up in small town Virginia. The neighboring “big town” to us was Winchester which was once called “The Apple Capital of the World” and is said to have changed hands many, many times during the Civil War. But perhaps most exciting to me, Patsy Cline grew up there. There is a little burger joint on Loudon Street called the Snow White Grill. It has been in the same location for sixty or seventy years and I always tell people to go there and have a couple of their tiny decadent cheeseburgers, some fries and a Coke or a milkshake. It’s not to be missed if you find yourself in the Shenandoah Valley.

[The Shenandoah Valley is gorgeous, and Patsy Cline's "Walkin' After Midnight" was the very first song I learned to sing... when I was two years old.]

This is a tough one. Especially since unless I do something infamous – fingers crossed that I don’t – no one would ever want to make a movie of my life. But that said, I’ll play along. I can think of three actresses that I like, that I consider to be skilled and kinda brainy: Sigourney Weaver, Jodie Foster and just so I don’t seem too hopelessly out of touch with contemporary TV and movies, Mireille Enos from The Killing. Hopefully, when the movie is made of my life, one of them will available.

[Someone once asked me this many years ago, and my answer was Sigourney Weaver, with Bette Midler for the dream sequences. That'd be some movie, eh?]

Right now it is Keye Street from Amanda Kyle Williams’ The Stranger Series. I tend to like strong female characters and Keye seems purely contemporary. The world has changed so fast, so quickly in the past fifteen to twenty years that I didn’t even realize how much I was craving a character that is so reflective of where we are right now. She is the first Chinese-American heroine in American crime fiction that I can think of. She’s funny, she’s strong, always writing her own ticket but then she will have these contemplative moments that soften and round her out. 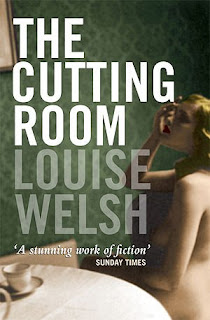 Just one? I feel like this happens to me a lot. I often think that way about Ruth Rendell who is my all time favorite crime writer. I felt that way about Tom Rob Smith’s Child 44. But perhaps the book that gave me the worst pangs and made me wish I had written something so assured was Louise Welsh’s The Cutting Room. It is a beautifully written crime novel.

[You've just reminded me that I have Child 44 and one of Louise Welsh's books on my to-be-read shelves waiting for me impatiently!]

After hooting and hollering and jumping around a bit, my dear neighbors, Robin and Steve, came over and we opened a bottle of champagne. It was both fun and surreal since I had been trying for so long. I first saw my book on the shelf at a now gone Borders in Maryland. It was raining that day and I remember taking lots of pictures of it on the shelf and then, ahem, actually buying a copy since it seemed so cool to have that Borders label with my name and the barcode affixed to the back.

Too funny – I think low turnout at signings is part of the writer’s rite of passage. I’ve always done readings along with signings and never on my own. And I usually beg people I know to come just in case. I think the most unusual thing that happened was that people actually bought my book at my first signing – I was a total unknown but there was a good crowd because of the other writers I was fortunate enough to be sitting with. Though I’d like to chalk it up to interest in the book after my reading, I suspect people were being generous. Readers so often are.

I think eBooks have been a great boon for writers. The numbers suggest that more people are reading than ever. The best thing about them is portability and instant gratification. The worst? We are in a time when the industry is having a lot of growing pains. I worry that we may end up in a no man’s land where the bulk of fiction that hits the digital shelves is uncurated. I believe that books should continue to be edited. The gatekeepers may need to rethink how things have been done in the past. But overall I think eBooks have energized the whole industry and that’s a good thing.

Thank you so much for spending this time with us, Amy. It was great to be able to get to know you a little better.

Don't forget to stop by tomorrow when I'll be reviewing the second Rennie Vogel novel, Scapegoat!