Scene of the Crime with Author Steve Robinson!

Back in March, I read Steve Robinson's first Jefferson Tayte Genealogical Crime mystery, In the Blood, and I enjoyed it so much that I knew I had to ask the author for an interview. Robinson's second book, To the Grave, will be available this Wednesday, June 6, and I'm looking forward to reading the next adventure of the sleuth who is learning the dangers involved in researching family history.


If you'd like to learn a bit more about Steve, here are a couple of links for you:

Now let's get on with the interview, shall we? It's very interesting, not just because of his personality, but because he's an independent author, so his experiences are a bit different from so many of the other authors I've interviewed on Scene of the Crime. 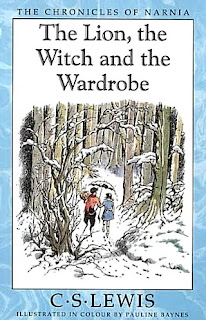 The Lion, the Witch and the Wardrobe by C.S. Lewis.  I must have read the whole seven book series ten times by the age of sixteen.  I have some framed prints hanging up that depict scenes and a few lines from the books.  “We can pretend we’re Arctic explorers,” said Lucy.  I thought it was all wonderfully imaginative stuff.  Thanks for reminding me about them.  You’re never too old for stories like that.

I have a few hobbies.  Some come and go while others endure.  I play golf: it’s great for the exercise and I wouldn’t have much of a social life if I didn’t.  I started to play the guitar a couple of years ago and I find it a great way to switch off.  It clears my head and is particularly useful when I’m struggling through plot issues.  I ski in the Rockies when I can, which isn’t as often as I’d like.  I love the mountains like I love the sea, having been born and raised in a seaside town in southeast England.  I like walking and have to tell myself to do more of that when I’m writing as I get so involved.  Writing should definitely come with a health warning, although I bought an exercise bike recently.  And yes, I have to tell myself to do more of that, too.

I still think of my hometown as the town I grew up in, although I’ve not lived there for some years now.  What I like to do most when I go back and visit my family is to go to the harbour where they have a great fish & chip shop.  I take my bag of fish & chips, wrapped in paper and covered with salt and vinegar, and I go out onto the harbour wall where I watch the boats and just look at the sea.  You certainly won’t find that in the guide book.

You didn’t specify whether the actor still had to be alive, so I’m going for David Niven – not because we look anything like each other, but I like old movies and I think he was a great actor who always seemed very British in the roles he played.  I enjoyed his autobiographies, The Moon’s a Balloon and Bring on the Empty Horses.  I’d love to know where those titles came from.

[The first is a partial line from a poem by e.e. cummings; the second is something director Michael Curtiz called for during the filming of "The Charge of the Light Brigade."]

This might sound like I’m going for an easy answer here but for me it’s Sherlock Holmes.  I always loved the fact that he works outside of the law and is accountable to no one but himself – and perhaps Dr. Watson.  I think on a subconscious level that’s what helped inspire the main character in my genealogical crime series, Jefferson Tayte, as he also works outside of the law.  Police are involved, as they must be in crime fiction, but it’s not so much about the police.  It’s about the main character and his own powers of deduction.  For me, Holmes is the ultimate private detective. 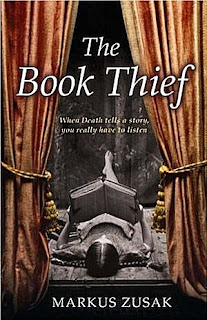 That’s easy.  It’s The Book Thief by Markus Zusak.  As soon as I’d finished reading it I thought that very thing.  I even told my wife I wished I’d written it.  Early on it was the richness of the prose that drew me in and the fact that it was deliciously different to anything else I’d read.  Then later it was for the power of the words.  I cried at the end, as most other readers have, and I take my metaphorical hat off to the man.  Brilliant.

That’s not such an easy question to answer (or maybe it is) because I’m an independent author so there was no fanfare or big launch party.  The day I went to see my agent in London was a very special day though  - the day she signed me up.  But a year later, all the major publishing houses had rejected In the Blood, all saying nice things, but most blaming the current economic climate which meant that they had to be extra choosy.  I had an email from my agent just recently, congratulating me on the success of In the Blood, saying that she was sorry the publishers couldn’t see its potential.  The day I received the first ever paperback copy of the book from the printers was also a very special day and I’m looking forward to that again with the sequel this summer.  I had a very special bottle of wine put by for the day a big publisher snapped me up.  I’ve still got it, but I’m looking for another occasion to open it now.  Perhaps it will be at the launch of the sequel.

I’ve not seen it and I’m sorry to say that I’ve never had a book signing event.  I’ve signed eBooks on Kindlegraph and I’ve signed early paperback copies of In the Blood and sent those out.  I know I should try to arrange a book signing at my local book shop, but I’m focusing so much on the writing just now and one of the things about being independent is that you have to set everything up yourself and it takes time.  That’s my excuse anyway.  I know that when the time comes, I’m going to be a nervous wreck!

For me the best thing is that it’s allowed me to reach readers and be read.  I spent six years going through the traditional agent and publisher hoops to no avail. (I think of it now as a kind of apprenticeship period.)  I let In the Blood gather dust for a whole year because I wanted to make it the ‘proper’ way, so I kept writing and getting nowhere.  Then everything changed and I think it’s a very exciting time for eBooks.

It would be easy to say that the downside is the demise of paper books, but can anyone really imagine a world a hundred years from now where paper books will exist outside of museums?  Please don’t get me wrong.  I love paper books.  I love the way they feel in my hands and the way a new book (and an old book for that matter) smells.  Those sensory delights will be denied us all one day, but they are things of our time and it’s not going to change overnight.  Right now I love that it that we have both.  And don’t forget audiobooks.  I love those too as I can read and do the housework at the same time, which is one of the banes of working from home.


What else is in the pipeline?

I’ve been working on the sequel to In the Blood for the past year.  It’s called To the Grave and it should be out initially for the Kindle on June 6th to coincide with the anniversary of D-Day, as the historic narrative is set throughout 1944.  It was inspired by my own family history and it’s a story about hidden pasts and the desperate measures some people will take to keep a secret.  It’s about the disturbing consequences of a single, seemingly innocuous act in 1944 that was intended to keep a family together, but which ultimately tore it apart.  I’ll be updating my website with more information closer to publication, but you can get a sneak peek of the cover and more information below.

Thank you so much for spending this time with us, Steve. It was a pleasure to be able to get to know you a little better.

Email ThisBlogThis!Share to TwitterShare to FacebookShare to Pinterest
Labels: Scene of the Crime, Steve Robinson