Scene of the Crime With Authors Charles and Caroline Todd!

Some of you crime fiction readers out there may not know that bestselling author Charles Todd is really the mother/son writing team of Caroline and Charles Todd. They write two excellent historical mystery series, and it's been my pleasure to read both. The first series centers on Ian Rutledge, a shell-shocked World War I veteran who's returned to his job at Scotland Yard. The second features Bess Crawford, a British Army nurse during the same war.  I have to admit to a special fondness for Bess, but both series are excellent, and if you haven't given either of them a try, I strongly urge you to do so.


Here are a few links for you so that you can learn even more about these talented writers:

If you've read any of the books written by this dynamic duo, don't be shy: leave a comment and let everyone know which series-- or which books-- are your favorites.  Now, on to the interview!

Caroline:  Mother Goose of all things.  I could “read” it before I could read, and I loved the pictures and the rhymes.  Later when I learned what the “nursery rhymes” represented, I had to laugh at my early penchant for murder. 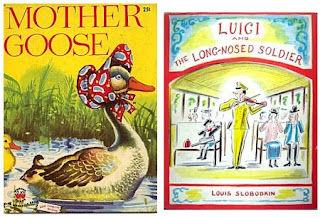 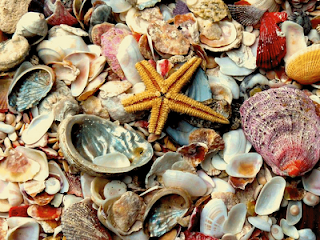 Caroline:  I paint in oils and I love visiting gardens and working in my own. I also love to travel. Anywhere, anytime.

Charles:   The beach. I love everything about it, including fishing and sea shells (which I collect and study) and being on the water. Even Carolina basketball plays second fiddle to that. I’m interested in political history and read a lot of non-fiction about that.

Caroline:  Old New Castle, Delaware’s answer to Colonial Williamsburg.  If your taste runs to museums, then there’s the Brandywine River Museum with its Wyeth collection, Longwood Gardens, a former duPont estate,  with its fountains and spectacular conservatory, Hagley Museum with emphasis on the industrial revolution, and Nemours, once a duPont Mansion, with its gardens and bell tower. For fun there’s the Wilmington and Western Steam Trains, which run on weekends. And the water front, with the Kalmar Nyckel, which is a replica of the Swedish ship that first landed here.

Charles:  North Carolina has mountains and beaches.  What more could anybody want? In between, there’s Old Salem in Winston-Salem, an early Moravian community with neat old houses on tree-lined streets. Our answer to Williamsburg and New Castle.

Caroline:  That’s hard—Sherlock Holmes and Poirot, or Sherlock Holmes and Miss Marple?  I love so many of the great characters of fiction that it’s really hard to choose one.  What about Tony Hillerman’s Navajo policemen?  And the list goes on.

Caroline:  The Day of the Jackal by Frederick Forsyth. I hadn’t started writing, but the way that book is put together stayed in my mind. It’s a perfect example of plot vs. plotting.


Charles: A Prayer for the Dying by Jack Higgins. It’s a great book, but it also showed us that a villain can be human and sympathetic. 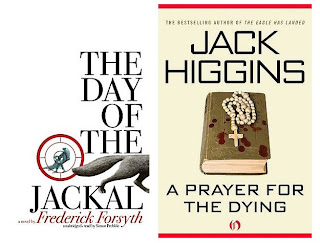 Caroline:  I finished cleaning the house, sat down and had a cup of hot chocolate.  And the first time I saw A Test of Wills in a bookstore, I offered to sign it for them. They looked at Charles Todd on the cover, looked at me, and said, “Perhaps another time.”

Charles: I was in the office.  I had to wait until I got home, and that night I had lobster.  The first copy of A Test of Wills I saw I bought, to be able to say I’d actually gone into a bookstore and found it.  Later it dawned on me that I should have left it for a new reader to discover.

Caroline:  I don’t know how many times I’ve seen his videos, and I never tire of them.  My worst experience was years ago in a large city, when the symphony was playing a very popular card, and all the friends of the library had tickets. There was one person at the book signing and I always wondered if she hadn’t been able to get tickets.

Charles: Years ago, The Mall signing near Myrtle Beach where Charles Todd was on the marquee outside, there had been articles in the newspapers, a lot of folks turned up—and the store couldn’t get the latest book because it was just going back for a second printing. I called the publisher and said, Do you want the good news or the bad?

Caroline: Okay, here’s my honest opinion. I love books, the feel of them, the ability to go back to them anytime I want to revisit a great story.  But eBooks reach people who don’t read a lot, people who read on the go, people who are accustomed to electronic gadgets and feel comfortable with them.  It’s great to be able to reach these fans.  And eBooks have brought us many many new ones.  I just don’t want to see books vanish, because they are such a repository of entertainment, knowledge, and cultures. Bookstores and libraries are essential to a free people. They bring us the world.

Charles:  I have to second that.  We’re very happy to be on e-Books, we each have one, but when I walk along my bookshelves at home and pick out an old friend, I’m grateful that I have a choice of  ways to read.

Thank you so much for spending this time with us, Caroline and Charles. We appreciate the opportunity to get to know you a little better.