Scene of the Crime with Author Simon Levack!

Perhaps if a few more readers were interested in history, this week's featured author would see a well-deserved jump in his book sales. Simon Levack may have trained as a solicitor (that's "lawyer" to us Americans), but he's written an excellent historical mystery series set in sixteenth-century Mexico when Montezuma is the ruler of the Aztec Empire... and the conquistadors have landed on the coast. This is the perfect setting for the wily slave, Yaotl, to teach us about the world in which he lives while he's solving his latest crime. Levack's books are a skillful blend of setting, culture, characterization, humor and complex plotting-- and I recommend them highly!

Here are some links so you can learn more about the author and his books:

I really hope that you take the time to visit Simon's website. I enjoyed reading about what inspired him to write his books, what it's like writing about the Aztecs, and how to pronounce Aztec names. He does an incredible job in bringing the Aztecs and their culture to life!

Time for the interview! 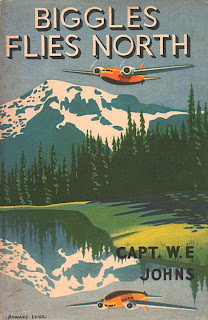 Biggles Flies North by Captain W.E. Johns. I was given it as a Christmas present at the age of, I should think, around seven. It would seem terribly dated now but I loved the bleak setting and the straight-from-the-shoulder heroics. It gave me a taste for adventure stories set in exotic and unfamiliar environments which I've never really lost although these days I like a bit more moral ambiguity about my characters.

I play the piano rather badly. I only took it up seriously three or four years ago and it has been a steep learning curve, but I love music and it relaxes me and gives me a sense of achievement at the same time.

There's nothing much to recommend about my hometown, which is a nondescript place called Sittingbourne. Chaucer's pilgrims may have passed through here but that was a very long time ago! I'd recommend you skip the town itself and tour the villages and countryside around it.

After seeing his performance in the movie of "Tinker Tailor Soldier Spy", Gary Oldman.

Philip Marlowe. Not for the wisecracks so much as for his ability to see the world as it really is. 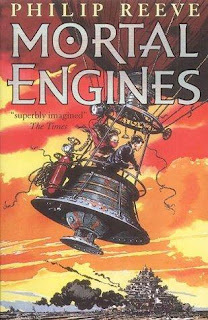 It probably wouldn't be a detective story. The book that comes to mind right now is Mortal Engines by Philip Reeve - or any of the other Hungry Cities books. I wish I had half his ability to make an imagined world believable, and the moral courage to put his characters through the ringer the way he does.

I took my wife out to dinner, twice. Oddly I can't remember the first time I saw one of my books in a bookstore but I probably offered to sign it.

The oddest experience I've had at an author event, and certainly the most uncomfortable, was finding myself on a panel moderated by someone who clearly didn't like my books and took great care to make sure everyone in the audience knew it. I'm afraid it rather put me off doing that sort of event again.

The best thing is their portability. I can carry a thousand or more books around on my Kindle and slip it in my coat pocket. The worst thing is that many ebooks are appallingly badly formatted, but that will change as ebooks take over from print as the predominant medium - as I don't doubt they will.

Thank you for letting us get to know you a bit better, Simon. May your book sales do nothing but increase!

I hope everyone stops by tomorrow to read my review of the third book in Simon Levack's Aztec Mysteries series, City of Spies!