Scene of the Crime with Author Graeme Kent!

You may not find this week's featured author on Facebook or Twitter. He may not have his own website, and he may not even blog, but guess what? I don't care! The man has just had the second book in his excellent Sergeant Kella and Sister Conchita mystery series published, and as long as he keeps writing them, I certainly don't mind that he's not a social media guru.

Graeme Kent spent eight years as the Head of Schools broadcasting out in the Solomon Islands. Prior to that he taught in six primary schools in the UK, and was headmaster of one. Now he is an Educational Broadcasting Consultant for the South Pacific Commission as well as being a full-time writer.

His series is set in the Solomon Islands of the 1960s; he knows whereof he speaks. Sergeant Kella is not only an officer in the Solomon Islands police force, he's an hereditary spiritual peacekeeper of the Lau people. Sister Conchita is a twentysomething Catholic nun from the United States who's headstrong and plain spoken. She wants to do good and to do right-- and to do them both Right Now.

Kent's books are a wonderful blend of mystery, character, setting and culture placed in a time when attitudes are definitely changing even though the shadow of World War II still looms large. If you haven't had a chance to read Devil-Devil or One Blood yet, I highly recommend them. Now... let's get to that interview!


What was the very first book you remember reading and loving?  What makes that book so special? 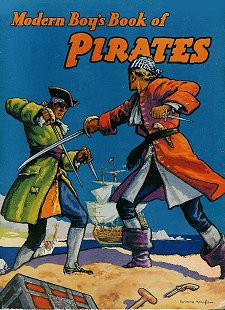 I remember that book simply because it was so thrilling for a six-year-old boy.  It was called the Modern Boy's Book of Pirates by W.E. Johns and it was just that – chapter after chapter of bloodthirsty, politically incorrect biographies of such freebooters as Captain Kidd,  Edward Teach and many others.  The tone of the book was set with the illustration on the front cover of two pirates fighting with swords over a cache of buried treasure, with their sailing ship at anchor in the bay.  It would probably be severely censored by any committee of educationalists or librarians today, but it represented a whole new and exciting world to a lonely child sent to live with his grandparents in the country to avoid the German bombing raids which had just started on the big cities in 1940.

There is no reason why a writer should have led an adventurous life; indeed some of the greatest hardly ever left home.  But when a favourite author turns out to have been a hero as well, it adds a touch of piquancy to his books.  W.E. Johns was a hero.  He fought with the army at Gallipoli, transferred to the newly-formed Royal Flying Corps, was shot down in 1917 on a mission over enemy lines and became a prisoner of war.  After he had been demobilised he became famous as the author of a series of children’s novels featuring Biggles, like his creator an intrepid pioneer pilot.  As a temporary recruiting officer he also rejected T.E. Lawrence – Lawrence of Arabia – when the latter tried to join the air force under an assumed name.


Outside of your writing and all associated commitments what do you like to do with your free time?

I served with the army in Korea as a teenager, boxed until I was 25 and played my last game of Rugby when I was 40.  After that I decided that my motto should be ‘Pace yourself!’ and I have done my utmost to live up to that somnolent philosophy.  I have five grandchildren who are still at the credulous stage and are prepared to sit still and believe my stories.  Oh yes, I am also waiting patiently for England to win the World Rugby Football Cup again.


If I were to visit your hometown, where would you recommend that I go? (I like seeing and doing things that aren’t in all the guide books)

For the past 35 years, my wife Janet and I have lived in the pretty little river port and market town of Boston in Lincolnshire, on the east coast of Great Britain.  It was once the wool centre of the country but is now a sleepy, pleasant little place.  On the outskirts of the town there is a monument to the first Pilgrim Fathers, who first tried to leave for religious freedom in America in 1607.  They were arrested as they were about to board a waiting ship, and put on trial in the town.   There are acres of marshland just past the monument all the way to the Wash, a great sea inlet where King John was swamped and lost the Crown Jewels.  The marshland is a haven for dozens of different types of birds and all sorts of wildlife.

The best pub in the town is The Indian Queen.  It used to be managed by a former British featherweight boxing champion called Johnny Cuthbert.  It was well frequented by servicemen during World War 2.  They used to torment Johnny by chatting up his very pretty daughter.  He would stand it for so long and then eventually would snap and come out from behind the bar, fists clenched, threatening to take on any four soldiers or sailors at the same time, unless they left the girl alone.


You have total control over casting a movie based on your life.  Which actor would you cast as you?

John Goodman – but in the interests of verisimilitude he would have to be prepared to put on a little weight!

Assistant Commissioner Desmond Iles in Bill James’s brilliant Harpur and Iles British police procedural series.  He is vain, ambitious, ruthless, amoral and dedicated to keeping control over the criminal elements in his city.   I once had a boss like him when I worked at the BBC.  He was absolutely barking mad!


Name one book that you’ve read that you wish you had written.  What is it about that book that makes it come to mind? 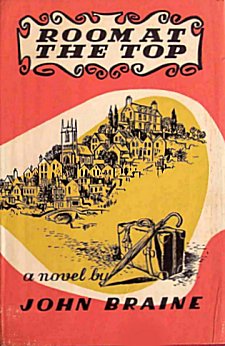 When Room at the Top by John Braine was published in 1957, I think it was a seminal moment for many young, would-be writers like myself.  It is a brilliant novel about social class in the immediate post-war years, and the efforts of a young working class aspirant Joe Lampton to better himself.  He believes that he will do anything to pull himself up by his bootlaces, but at the end of a novel wonders whether it was all worth it.  This was the first novel that I had read about a world that I recognized.


How did you celebrate when  you first heard you were to be published?  What did you do the first time you saw one of your books on a shelf in a bookshop?

I was 25 and didn’t know any better.   I had a meal at one of the first Indian restaurants to open in the West End of London, and got drunk.  I was then violently sick on the platform of a railway station while waiting for a train back to my rented room in the suburbs.  When the advance (£200) finally arrived, I bought myself two pairs of shoes.

When I first saw one of my books on a bookstore shelf I started what has turned out to be a long family tradition, now being carried out loyally by my grown-up children.  I moved it to a much more prominent display space.


I don’t know if you’ve seen it, but I love Parnell Hall’s video about book signings.  What is the most unusual experience you’ve had at a book signing or audience event?

My first novel was called  The Monkey Game.  It was published in 1964.   It was about the current craze for professional wrestling, which was very big on television at the time.  It was widely and quite well reviewed and I was invited to discuss it on a book programme for a regional television company called Southern Television.  The interview was also broadcast on the national radio programme called Today.

In my book I had been quite disparaging about the authenticity of the sport.  Also on the panel was a professional wrestling promoter, a very tough hombre indeed.  He did not take kindly to my disparaging remarks about ‘fixed’ wrestling bouts.  After the broadcast we all adjourned to the bar.  The promoter persisted in insisting that wrestling was on the up and up.  To prove this he suddenly put me in a headlock, while the horrified broadcasting crew looked on.  As I staggered helplessly around the bar with my head clamped against the behemoth’s side, I thought to myself, ‘I wonder if Gore Vidal or William Faulkner ever had to put up with this?’


The way some people talk, the only way to read now or in the future is with some sort of electronic device, like the Nooks my husband and I own.  What is your opinion of ebooks, and how will they effect you as a published author?

I had grave doubts about the efficacy of giving up the quill pen.  I am perfectly prepared to let those who understand such things debate the future of the printed word.

Thank you so much for giving us this chance to get to know you a little better, Mr. Kent. May your book sales do nothing but increase!