Scene of the Crime with Author Steve Hockensmith!

This week's featured author writes the Holmes on the Range books, one of my favorite historical/humorous mystery series.

Gustav ("Old Red") and Otto ("Big Red") Amlingmeyer are brothers and cowboys in the Wild West of the 1890s. Old Red never went to school because he had to work to support his family. But when Big Red starts reading stories about Sherlock Holmes around the campfire at night, Old Red knows that he's been working in the wrong occupation all these years; he really is a detective, and he sets out to prove it as often as he can.

This series is a fine blend of historical detail, plot, action, characterization, and laugh-out-loud humor. Tomorrow there will be a review of the second book in the series, On the Wrong Track, and let me tell you, I had to fasten my seat belt each time I sat down to read it. Wow! This series gets a very high recommendation from me.

Before we get started with the interview, here's a bit more about the author as well as a few links I've rounded up for you....

Steve Hockensmith is the author of Dawn of the Dreadfuls and Dreadfully Ever After, the prequel and sequel to the publishing sensation Pride and Prejudice and Zombies. He’s also an award-winning mystery writer: His latest whodunit, World’s Greatest Sleuth!, is the fifth entry in his Holmes on the Range series. He lives in Alameda, California.

Now... on to the interview! 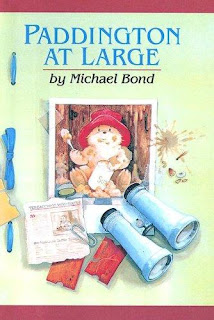 The first book I can recall becoming obsessed with was Paddington at Large by Michael Bond. It was in the library at my grade school, and I read it over and over again when I was in fourth-ish grade.

I recently revisited some of the Paddington books -- I tried reading them to my daughter when she was 5 or 6 -- and I’m afraid they didn’t work for either of us. Paddington himself is still cute. Who wouldn’t love a dim-witted, marmalade-addicted Peruvian bear? But the world he inhabits (and the worldview of the author) feels pretty crusty today. It’s so mired in post-World War II middle class English culture my daughter couldn’t relate to it at all.

The writing’s droll and dry in a way I like, but it’s hardly a laff-riot. I will give Bond this much, though: He did a lot to nurture my budding Anglophilia, and that paid off years later when the opportunity to write Dawn of the Dreadfuls and Dreadfully Ever After came along.

I’m a homebody with a fondness for routine, so nearly every night goes the same way for me. I say goodnight to the kids at 9 and work or exercise until 10:30. Then it’s Steve Time.

10:30-11: Catch up on Twitter, Facebook and e-mail messages.
11-11:30: Pour myself a drink and read a book.
11:30-12:30 (or so): Pour myself another, stiffer drink and watch part of a movie. (I almost never watch a film in one sitting anymore. I feel incredibly guilty staring at a TV for more than 75 minutes at a time. Thanks for nothing, Protestant Work Ethic!) 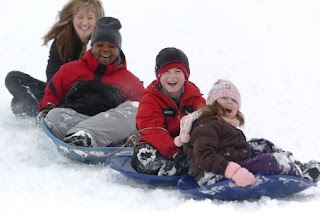 That’s a toughie, because it’s actually hard to say what my hometown is. (I moved around a lot as a kid.) The place I think of as homebase most is Evansville, Indiana, and I’ve only been there three or four times since the 1980s, the last time 11 years ago.

The places I’d visit would be meaningless to anyone but me: my old neighborhood, my old school, the libraries and movie theaters and malls and parks I remember. I would send you to the Paperback Rack, the store that sparked my enduring love for moldy old genre novels and boxes filled with 10-cent comics, but that place has been gone since, like, 1988. Man, I feel so ancient!

Hmmm...since you want someplace that’s not in the guide books, I guess I’d say go when there’s snow on the ground and find the hill between Hamilton Drive and O’Hara Drive, up the slope from Dusseldorf. That’s where the best sledding is.

That’s easy. Phil Hartman. Not that I think he and I are anything alike. But you did say I have “total control,” and if Phil’s in my movie that means he’s not dead, right? We need that man back.

[I'll let you know once my head stops spinning....] 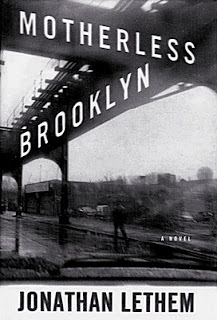 My two favorite novels are Catch-22 and Slaughterhouse-Five, and I am sooooooo glad I didn’t write them. I mean, I’m pretty sure only emotionally scarred World War II veterans could have produced those books, and as much as I’d love to write the Great American Novel, I’d rather not sacrifice my cushy, safe, pampered, happy life to do it. So I guess I’ll say Motherless Brooklyn by Jonathan Lethem instead. It’s both heartbreaking and funny, which is a twofer I always admire, and it’s dynamite as a detective story, as well.

I don’t actually remember what I did to celebrate my first book deal, but I can make a pretty good guess: My wife and I probably went out to dinner. Woo-hoo! I am a wild man! On the other hand, I clearly remember the first time I saw a book of mine in a bookstore. I was doing my first signing, at M Is for Mystery here in the Bay Area, and when I got to the store I saw that my book (Holmes on the Range, by the way) had its own window display. That was thrilling, of course. But that my dad was there to take a picture of it? Priceless!

Oh, god. I have a doozy of a story, but it would take 1,000 words to tell it. Suffice it to say, it involves a signing outside a Starbucks IN AN AIRPORT and a passerby who wanted to know if my book -- Holmes on the Range -- had any lighthouses in it. Because if it had lighthouses, he might buy it. He liked lighthouses, you see. (He didn’t buy my book.)

I’ve self-published three ebook short story collections, so I’m definitely on board with the whole e-thing. I think it’s wonderful that I can take a bunch of my old stories and make them available to readers again, while soaking up a little gravy in the process. What I’m not so sold on is the idea of going “indie” as an author. I have friends who’ve done it, and more power to ’em. But here’s the thing. I am not a salesman. I don’t enjoy pimping myself. And pimping -- and pimping and pimping and pimping -- is what you’ve got to do to get anywhere as a self-published novelist. So I’d rather keep pursuing traditional contracts for now while still playing around with ebooks on the side. Ask me again in a year, though. I have a feeling things could look very, very different by then.....

I took one look at the cover of your latest book, World's Greatest Sleuth!, and not only did I fall in love, I immediately knew the setting. Can't wait to read it!

Thanks for giving us this opportunity to get to know you a little better, Steve. May your book sales do nothing but increase!