Scene of the Crime with Author John Harvey

If you begin reading crime fiction written by UK authors, it's no time at all until you've heard one man's name many times: John Harvey. His very first Charlie Resnick novel, Lonely Hearts, was named by The Times as one of the 100 Greatest Crime Novels of the Century. He's written over ninety books, he's worked on television and radio scripts, and he ran Slow Dancer Press for twenty-two years publishing poetry. In 2007 John Harvey was awarded the Diamond Dagger for a Lifetime's Contribution to the genre. If you've read any of his books, you know these honors are well deserved.

If you'd like to learn more about the author and his books, here are a few links for you:

John Harvey's website
John Harvey's blog
John Harvey on Facebook
More on John Harvey's books
It's been much too long since I've read one of his books, and I need to correct that oversight--soon. In the mean time, let's get to the interview!
What was the very first book you remember reading and loving? What makes that book so special? 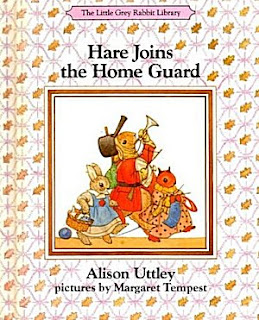 Hare Joins the Home Guard by Alison Uttley, which I must have read when I was 5 or 6. It's an adventure, in which the peaceful world of Grey Rabbit and her friends Hare and Squirrel and the other peaceful animals are invaded by an army of weasels. I like it because it was both exciting and funny - there were verbal jokes I laughed at, such as Hare catapulting eggs and ham at the weasels because he had misinterpreted the word 'ambush'. I became quickly involved as it was part of a series and I had got to know the characters and understand their differences. And, on one level, even then, which would have been towards or just after the end of WW2, I think I understood the weasels stood for the German invaders.
Outside of your writing and all associated commitments, what do you like to do in your free time?
I'm a parent governor at my youngest daughter's secondary school and so quite involved in meetings, decision making et cetera; I also do some volunteer work at the school, helping with the literacy programme.

I'm a third year student on a part time History of Art course at Birkbeck College, University of London.

I belong to a ramblers' group and walk with them one of two days a month.

Other that, I support two soccer teams, one in London and one in Nottingham; go and listen to live music - mostly classical; go to the movies, roughly once a week; and read.
If I were to visit your hometown, where would you recommend that I go? (I like seeing and doing things that aren't in all the guide books.)
Difficult to answer that question about London. But I would say give over a day to walking on Hampstead Heath - if nothing else, the views over the city are superb.
You have total control over casting a movie based on your life. Which actor would you cast as you?
Oh, God! Nick Nolte? Gene Hackman? 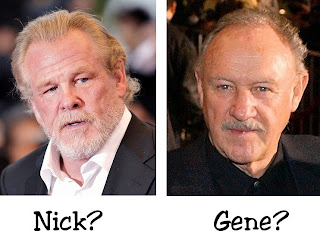 Who is your favorite recurring character in crime fiction?
Can I have three? Colin Harpur in the books of Bill James. Jules Clement in the Montana books of Jamie Harrison. Mario Balzic in the books of K. C. Constantine.
Name one book that you've read that you wish you had written. What is it about that book that made it come to mind? 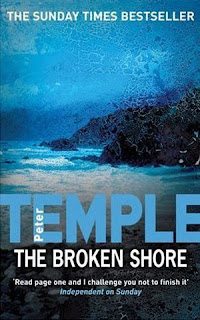 Two. The Broken Shore and Truth by Peter Temple. They're the first two in a roughly-organised trilogy (the third still in the works) so I think I can get away with yoking them together. Aside from being a terrific writer, Temple does what it seems to me the best crime fiction can do, which is to use the form to tell a good story people with believable characters, at the same time as laying bare some of the social and economic inequalities of our time. In other words, he does what I've been trying to do for a long time now in a better, harder way than I've so far managed.

Now I come to think of it, of course, I wouldn't have minded writing A Farewell to Arms or Women in Love!
What did you do the first time you saw one of your books on a shelf in a bookstore?
They were spine out, so I made space on the shelf to have at least one cover facing outwards - and taught my children to do the same.
I don't know if you've seen it, but I love Parnell Hall's video about book signings. What is the most unusual experience you've had at a book signing or author event?
Unusual ? I could tell you about the aftermath of one, but I won't.
The way some people talk, the only way to read now or in the future is with some sort of electronic device, like my husband's Nook. What is your opinion of eBooks, and how will they affect you as a published author?
As my print books sales slowly (!) decline, I sit back hopefully and wait for my ebook royalties to make up the difference.
Thank you for giving us this opportunity to get to know you a little better. Your answers to my questions reminded me of how much I enjoyed Peter Temple's The Broken Shore-- and the fact that I have his Truth and Jamie Harrison's The Edge of the Crazies waiting for me on my to-be-read shelves.
Having recently been given an eReader as a gift, I'm rapidly finding out what an excellent resource eBooks can be for authors' backlists, and I know I'm not alone in this regard.
May your sales of print and e-books do nothing but increase!
Join me next Monday for an interview with another of my favorite crime fiction writers.
by Cathy at Monday, December 19, 2011

Email ThisBlogThis!Share to TwitterShare to FacebookShare to Pinterest
Labels: John Harvey, Scene of the Crime