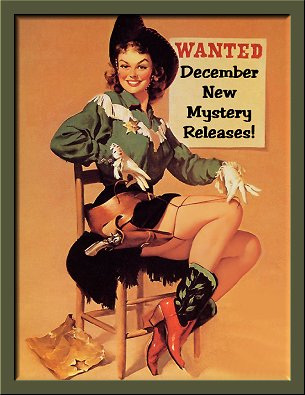 Have you made your lists of those books you'd really like to receive as gifts? Or are you like me and never get books, just gift cards that you use to get those books on your lists? (Since I know that certain people read my blog, I'll just whisper this: the Poisoned Pen and Barnes and Noble....)


Anyway you look at it, December has some new books coming out that you might want to include as gifts for yourself or others. I'm listing the ones I'm looking forward to below. Perhaps you're eagerly awaiting one or more of these titles, too!


Speaking of titles, they're grouped by release dates, and I've included the information you'll need to find them at all your favorite book spots. Happy gifting-- and happy reading! 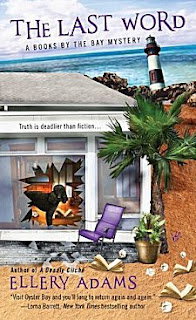 Synopsis: "Olivia Limoges and the Bayside Book Writers are excited about Oyster Bay's newest resident: bestselling novelist Nick Plumley, who's come to work on his next book. But when Olivia stops by Plumley's rental she finds that he's been strangled to death. Her instincts tell her that something from the past came back to haunt him, but she never expects that the investigation could spell doom for one of her dearest friends...." 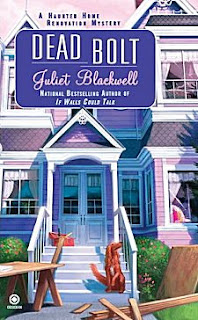 Synopsis: "Turner Construction's latest restoration project is a historic Queen Anne Victorian in San Francisco. This time general contractor Mel Turner has to work around the owners who insist on sticking around- along with some ghosts that insist in their own way that the work stops.... The ghosts aren't the only ones standing in the way of the renovations. A crotchety neighbor, Emile Blunt, secretly wants this house, and could be behind some of the disturbances. But when Emile is found dead, it's Mel who appears guilty. Now she must restore the building-and her reputation-before it's too late." 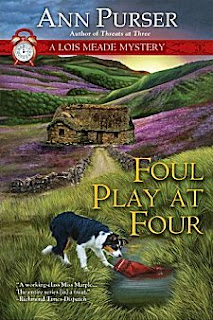 Synopsis: "Lois Meade has worked through all the days of the week, turning up clues and scrubbing up messes and murderers in the village of Long Farnden. But sleuthing is rarely a spotless endeavor.... A series of robberies have begun to plague Long Farnden, and Lois's own daughter, Josie, is shaken when a thief makes off with a hundred pounds from the till in her grocery shop. But before her policeman fiancé can crack the case, someone cracks Lois's husband on the head when he interrupts a burglary in progress. Now Lois-and the besotted Inspector Cowgill-must determine who's cleaning out Long Farnden, and clean up after an increasingly violent crime spree...." 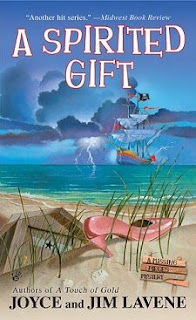 Synopsis: "As the mayor of Duck, North Carolina, Dae is playing host to twenty North Carolina elected officials attending her first Mayors' Conference Weekend at the Blue Whale Inn. When the body of Mayor Sandi Foxx is discovered the morning after a severe storm, Dae receives a vision through the mayor's ring; that there's a killer among the guests who's as deadly as any hurricane." 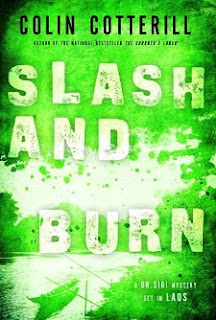 Synopsis: "Dr. Siri might finally be allowed to retire (again). Although he loves his two morgue assistants, he’s tired of being Laos’s national coroner, a job he never wanted in the first place. Plus, he’s pushing eighty, and wants to spend some time with his wife before his untimely death (which has been predicted by the local transvestite fortune teller). But retirement is not in the cards for Dr. Siri after all. He’s dragged into one last job for the Lao government: supervising an excavation for the remains of U.S. fighter pilot who went down in the remote northern Lao jungle ten years earlier. The presence of American soldiers in Laos is a hot-button issue for both the Americans and the Lao involved, and the search party includes high-level politicians and scientists. But one member of the party is found dead, setting off a chain of accidents Dr. Siri suspects are not completely accidental. Everyone is trapped in a cabin in the jungle, and the bodies are starting to pile up. Can Dr. Siri get to the bottom of the MIA pilot’s mysterious story before the fortune teller’s prediction comes true?" 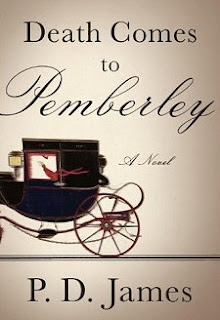 Synopsis: "A rare meeting of literary genius: P. D. James, long among the most admired mystery writers of our time, draws the characters of Jane Austen’s beloved novel Pride and Prejudice into a tale of murder and emotional mayhem.

It is 1803, six years since Elizabeth and Darcy embarked on their life together at Pemberley, Darcy’s magnificent estate. Their peaceful, orderly world seems almost unassailable. Elizabeth has found her footing as the chatelaine of the great house. They have two fine sons, Fitzwilliam and Charles. Elizabeth’s sister Jane and her husband, Bingley, live nearby; her father visits often; there is optimistic talk about the prospects of marriage for Darcy’s sister Georgiana. And preparations are under way for their much-anticipated annual autumn ball.

Then, on the eve of the ball, the patrician idyll is shattered. A coach careens up the drive carrying Lydia, Elizabeth’s disgraced sister, who with her husband, the very dubious Wickham, has been banned from Pemberley. She stumbles out of the carriage, hysterical, shrieking that Wickham has been murdered. With shocking suddenness, Pemberley is plunged into a frightening mystery.

Inspired by a lifelong passion for Austen, P. D. James masterfully re-creates the world of Pride and Prejudice, electrifying it with the excitement and suspense of a brilliantly crafted crime story, as only she can write it." 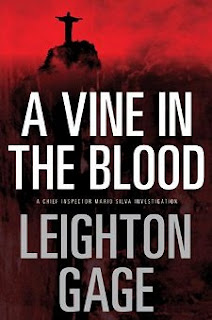 Synopsis: "It is the eve of the FIFA World Cup, the globe’s premier sporting event. The host country is Brazil. A victory for the home team is inextricably linked to the skills of the country’s principal striker, Tico “The Artist” Santos, the greatest player in the history of the sport. All the politicians in Brasilia, from the President of the Republic on down, have their seats squared-away for the finale, when they hope to see Argentina, Brazil’s bitterest rival, humbled by the Brazilian eleven. But then, just three weeks before the first game, Juraci Santos, Tico’s mother, is kidnapped. The star is distraught. The public is appalled. The politicians are outraged. And the pressure is on Chief Inspector Mario Silva to get her back.

Suspects aren’t lacking. Among them, are a cabal of Argentineans, suspected of having spirited the lady away to put Tico off his game, the star’s gold-digging, top-model girlfriend, whom his mother dislikes and has been trying to get out of his life, his principal rival, who wants to play in the World Cup in Tico’s place, and the man whose leg Tico broke during a match, thereby destroying his career. In the end, Silva and his crew discover that the solution to the mystery is less complex - but entirely unexpected." 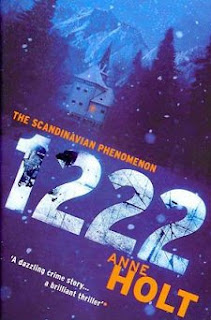 Synopsis: "From Norway’s bestselling female crime writer comes a suspenseful locked-room mystery set in an isolated hotel in Norway, where guests stranded during a monumental snowstorm start turning up dead.

A train on its way to the northern reaches of Norway derails during a massive blizzard, 1,222 meters above sea level. The passengers abandon the train for a nearby hotel, centuries-old and practically empty, except for the staff. With plenty of food and shelter from the storm, the passengers think they are safe, until one of them is found dead the next morning.

With no sign of rescue, and the storm continuing to rage, retired police inspector Hanne Wilhelmsen is asked to investigate. Paralysed by a bullet lodged in her spine, Hanne has no desire to get involved. But she is slowly coaxed back into her old habits as her curiosity and natural talent for observation force her to take an interest in the passengers and their secrets. When another body turns up, Hanne realizes that time is running out, and she must act fast before panic takes over. Complicating things is the presence of a mysterious guest, who had travelled in a private rail car at the end of the train and was evacuated first to the top floor of the hotel. No one knows who the guest is, or why armed guards are needed, but it is making everyone uneasy. Hanne has her suspicions, but she keeps them to herself.

Trapped in her wheelchair, trapped by the storm, and now trapped with a killer, Hanne must fit the pieces of the puzzle together before the killer strikes again." 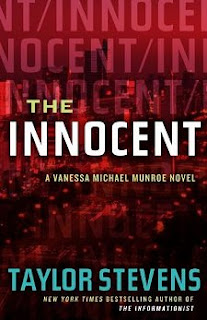 Synopsis: "Eight years ago, a man walked five-year-old Hannah out the front doors of her school and spirited her over the Mexican border, taking her into the world of a cult known as The Chosen. For eight years, followers of The Prophet have hidden the child, moving her from country to country, shielding the man who stole her. Now, those who’ve searched the longest know where to find her. They are childhood survivors of The Chosen, thirty-somethings born and raised inside the cult who’ve managed to make lives for themselves on the outside. They understand the mindset, the culture within that world, and turn to Vanessa Michael Munroe for help, knowing that the only possibility of stealing Hannah back and getting her safely out of Argentina is to trust someone who doesn’t trust them, and get Munroe on the inside."


Although I want to read every book in this list, I have to admit that the one book I'm really looking forward to is Death Comes to Pemberley. I'm dying to see what a master does with Jane Austen's characters!

Did any of these titles scream BUY ME! at you? Which ones?