Scene of the Crime with Author Wendy Gager!

This week, Wendy Gager is spending some time with us. Wendy has written three books featuring investigative journalist Mitch Malone, whose never-ending quests for the next big story and that perfect hamburger take him all over the state of Michigan. Mitch is an engaging character who did a lot to teach me about journalism as I was reading his latest adventure.

If you'd like to know more about Wendy, here are a couple of links for you:

You know what's next-- the interview! 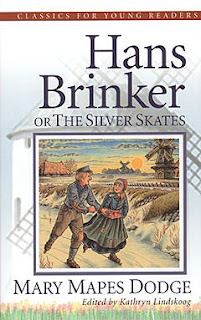 The first chapter book I read was Hans Brinker, or the Silver Skates. Previously I had only read what my older brother called “baby books.” I was so proud that I’d read a chapter book and my brother couldn’t tease me anymore. The best part was I had stolen it from him and had it done before he noticed it was gone.

My first choice would be reading and preferably the latest Catherine Coulter novel or other mysteries. My second would be scrapbooking. (My son just graduated and there are a few years I need to fill in and have to have my daughter's done for her graduation in two years.) I like the creativity of pulling all the elements of the page together and also the memories of when they were young and didn’t have all the answers!

I would take a tour of the Hardy Dam on the Muskegon River in Newaygo County, Michigan. (It is only open for tours at special times.) The dam still generates electricity and when you go into the bowels it is amazing that you go underneath the bottom of the dam and see all the walls holding back the water and the giant machines that turn it into electricity. It is errie and a great place to set a mystery….


Holly Hunter. She is tough, smart and always plays intelligent characters. I would get those characteristics by default. (Haha)

It would be Hercule Poirot, the main sleuth in more than 30 books by Agatha Christie, followed by Perry Mason. I just loved reading about the little Belgian man and his super brain as he solved cases. I was kind of short and liked that brains won over brawn. And for Perry, who wouldn’t like a suave attorney who always won his cases for his clients? 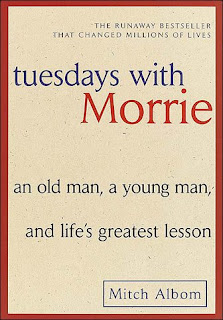 Tuesdays With Morrie by Mitch Albom. It is such a great story about a mentor and his student that has such valuable life lessons. Every time I read it I get more out of what appears to be just a simple story at first.

I first learned I would be published via an email. I was giving a final exam to my college students and was reading my email to pass the time. I read the email twice and couldn’t believe it. I wanted to jump up and down and scream but couldn’t because of the exam. When they were finally done, I was able to leave the building. I went to the parking lot and screamed and then cried I was so excited. It was so painful to sit there and wait for them to finish. I will never forget that thirty minutes that felt like eight hours.

The first time I saw my books they were on an end cap at a bookstore where I grew up. It had a sign that said “Great reads from local authors.” I just stare at the sign and couldn’t believe it was my book with other authors I knew.

I love Parnell’s videos and have met him at conferences, and he is just as fun loving there. My worst was at a Barnes and Noble right after A Case of Infatuation came out and I was new at signings. The next day Sarah Palin was going to be there to sign her book, Going Rogue, and the book was only available that day.

The store had two chest-high pyramids of Sarah’s books and I only had a small stack of mine at a table out front. I lost count of the times I explained to customers how to get a number for an autograph the next day or directed them to a where the books were. I watched her pyramids disappear as security pow wowed just behind me. It wasn’t totally bad. I did sell out of my small pile of books but wished it was as many as Sarah! I may have to try and get nominated for vice president.

I received a Kindle for Christmas and loved taking it on vacation. The Kindle fit easily in my purse and I didn’t need a backpack filled with books to read. That was great. However, I’ve recently been laid up and been reading some of the paperback books on my giant to-be-read pile. It was fulfilling to close a cover book when finished.

I see the ebook industry growing but I don’t see paper books disappearing. I have friends and fans squarely in both courts who vow never to return or convert to the other. My Mitch Malone Mysteries come out in trade paperback first and then within a couple of months, they come out in ebooks through Nook, Kindle and other formats. The only viable thing for authors is to give readers as much flexibility as they can with the formats.


Thank you so much, Wendy, for spending this time with us. May your book sales do nothing but increase!
by Cathy at Sunday, September 11, 2011