Scene of the Crime with Author Bill Kirton

This week's author might not be known to many of you here in the United States, but I certainly want to change that. Although he writes all sorts of books (including a series of childrens' books about Stanley the miserable fairy), I found Bill Kirton's first Jack Carston mystery, Material Evidence, and really enjoyed it. One of the reasons for my enjoyment is that Jack, a detective chief inspector near Aberdeen, Scotland, is a rare copper-- he's deeply in love with his wife and has a happy home life. Makes a welcome change, doesn't it?

So many of the posts I do lead me to more and more books. As I was checking some links for Bill, I fell in love with the cover of one of his books and quickly made a note of it. I know I'll be going back to do a more in-depth search. I foresee several more scribbled notes....

If you're interested in learning more about Bill Kirton, here are a few links for you: 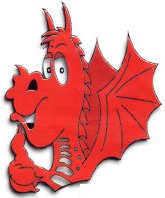 Infuriatingly, I don’t remember the title. My age was still in single figures and it was a book about a dragon. I don’t really remember much of what he did but I do remember wanting to be his friend because he was so funny and I knew him so well. I also remember (and this was the first time it had happened) getting to the end and feeling sorry that it was over. I suppose it was my first experience of getting so absorbed in a story that it became more real than the world around me. 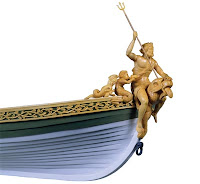 It used to be sailing but my boat was moored too far away to justify keeping it. I like making things. As part of my research for my historical mystery/ romance The Figurehead, I started wood carving classes. I wanted to know what it felt like to start with a big lump of wood and ‘find’ the figurehead inside it. I loved it and I’ve been carving things ever since.

Well, my hometown is Plymouth, down in England. My house was a hundred yards from the spot where The Mayflower sailed from in 1620, so a quick look at that might satisfy any historical yearnings. Then I’d take you on a guided tour around the historic cobbled streets, Elizabethan houses and back alleys of the area, pointing out specific locations where, in my youth, I did things which had nothing to do with history. You won’t find that in the guide books.

But I’ve lived most of my life in Aberdeen, Scotland, so I’d show you the harbour of Europe’s oil capital, with its supply vessels and other oil-related craft, then – after a quick visit to the huge hole in the centre of the city from which Aberdeen granite was dug, we’d drive out into the hills of Royal Deeside and, further, into the Highlands. I know they’re in the guide books but books can’t convey the experience of actually standing there, listening to the stillness and tasting the air. [No, they can't. I've been there and had to be torn away.]

This is interesting because, whoever I choose, it’ll say something about my vision of myself. If I go for the usual suspects – Depp, Pitt, DiCaprio – it’ll suggest I have a high opinion of how I look; if I’m anxious to display my macho credentials, it’ll be Willis, Crowe and the others; if I want to impress you with my sensitivity, maybe Colin Firth. But I’ll go for someone whom I just admire as an actor and who can be all of those things anyway – Alan Rickman. (I do a pretty good sneer, myself.)  [Fantastic choice!]

Ouch – hard, hard, hard. It has to be someone with a sense of humour, though – but not the type who spins out one-liners and wise-cracks even when he has a gun shoved up his nostril. I enjoy reading those but, in the end, I don’t believe in them. So maybe I’ll go with Grandma Mazur in Janet Evanovich’s  Stephanie Plum series. 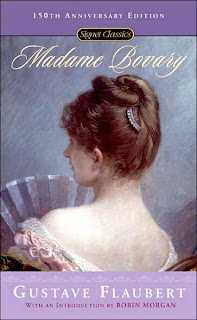 I’m sorry but I’m going to have to turn highbrow for a moment. It’s Madame Bovary. I have many, many favourite books, but that’s one that always comes into my head. I have no idea how many times I’ve read it and, each time, I revisit past pleasures and find new ones in it. It has great characters, humour, puzzles, irony, tragedy and Emma Bovary herself is a sometimes silly, but always fragile, vulnerable and definitely lovable central character with a very unfortunate choice in men. And it uses words and images to create effects way deeper than their surface meanings. I could go on for ages but you get the picture.

Let’s take those the other way round. The news that my first, Material Evidence, had been accepted came through a phone call from my wife when I was in a meeting about a script I’d been commissioned to write for a video programme. I was exploding inside but had to stay professional so I apologised for having had to take the call and explained that I had a novel about to be published. I did it in a way that suggested it happened every week, but the explosive joy of it all stayed with me for days.

Then, rather than seeing the book on a shelf, it was receiving the first actual copy that I remember. I’ve said elsewhere that it’s the closest a man can come to having a baby. I opened the envelope and just held it, looked at it, loved it, didn’t believe it but had to believe it. I’d had radio plays broadcast on the BBC, stage plays and revues performed in the UK and USA, but holding that book beat everything else. And I know that digital books are taking over but I don’t get the same feeling from them at all. I love books as objects. I have a Kindle and enjoy it, but I still prefer the physical experience of turning pages, feeling the pages I’ve read beginning to form a thicker and thicker clump in my left hand as the clump in the right gets thinner. And, when I’ve finished a book, I like to see it by the bed or on a shelf, reminding me of it and its characters.

There have been a few but maybe it was the time I was sitting outside a bookshop in Florida, with my table and pile of books beside me. An oldish lady went in and out of the store a couple of times, then walked away and came back again. It was obvious she wanted to speak to me, so I smiled at her and made some weather-related comment or something. That gave her the courage to chat. She asked if I’d written the book and, when I said yes, asked whether there were any rude words in it. We’re talking about a crime novel here, so I’m not sure what she expected. Anyway, the story did have a few low-lifes as well as a rather nasty piece of violence so I told her so. Nevertheless, she was still hesitating and wondering whether to risk it but, from everything she said, I knew it wouldn’t be a good idea, so I told her not to buy it. She seemed grateful and, when she went away, we were the best of friends. Just goes to prove that I’m rubbish at marketing.

Ooops, I anticipated this earlier, but I’ll expand on it a little. I don’t like admitting this but ebooks obviously are the future. As a reader, I find the ease and speed of acquiring them is terrific. On the other hand, that in itself creates problems. I have lots of titles on my Kindle which I’ve bought but not yet read, and with some of them, I don’t even remember why I bought them or what they’re about. It’s great to be able to carry an entire library in your pocket but the lack of physicality of the reading experience (which I mentioned earlier), means that it’s qualitatively different from reading a ‘real’ book.

I think the ease of formatting and uploading a book and the lack of any objective editorial quality control means that the already crowded market place is becoming even more so and readers are exposed to some badly-written, mistake-riddled stories which can alienate them. On the other hand, novels are being put in the public domain which might never have made it through the old, self-sustaining system of agents and mainstream publishers.

Swings and roundabouts, I guess, so overall I welcome ebooks but really hope that there are still enough traditionalists around to keep shelves stocked and sustain the demand for those beautiful, if seemingly outdated, ‘real’ objects. Men’s babies.

======
I love it when people surprise me with their responses to my questions, and you certainly did with Grandma Mazur! Thank you so much for spending some time with us. May your book sales do nothing but increase!