The Summoner by Layton Green 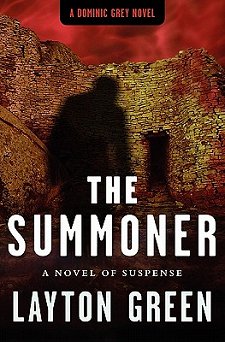 First Line: The only thing Dominic Grey knew for certain about the disappearance of William Addison was that it was the strangest case to which he had ever been assigned.

Dominic Grey, a Diplomatic Security special agent in Zimbabwe, is assigned to investigate the case of a U.S. diplomat who has disappeared in front of hundreds of onlookers while attending a religious ceremony. Helping Grey in the investigation are Nya Mashumba, a Zimbabwe government liaison, and Professor Viktor Radek, an expert on cults. The course of his investigation leads him into the dark and violent heart of an ancient religion, and one of its priests-- a man seemingly able to perform the impossible. From the moment their search began, the lives of all three are in grave danger.

Although The Summoner got off to a slow start for me, the pace gained speed in the last half as did my enjoyment. Dominic Grey is an interesting character whose childhood spent living with an abusive father has made him reluctant to form attachments to others. Grey has a strict moral code that he refuses to relax for anyone, and that doesn't make him a favorite with his superiors at the embassy.

One of the reasons why I found the book to be slow at first is that Grey is told not to do anything without Nya Mashumba's approval or presence-- and Nya's concept of keeping in touch and being punctual leave much to be desired. Professor Radek also disappears on his own business and cannot be reached. Since I have about as much patience as Dominic Grey, it felt as though I spent the first half of the book cooling my heels in a doctor's office.  However, once Nya's motivations are made clear, the floodgates of plot and character opened, and I couldn't read fast enough.

The setting of Zimbabwe was oftentimes heart-breaking, the ancient religion was downright scary, and Green's main characters of Grey and Radek are two that I want to meet again. 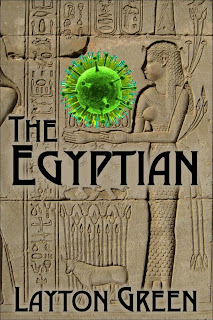 As a matter of fact, the second Dominic Grey book, The Egyptian, has been released today, and for this weekend only the author is selling the eBook versions of both The Summoner and The Egyptian for 99¢ apiece. This is a marvelous opportunity for all you folks with eReaders to discover a good new writer at very little cost!