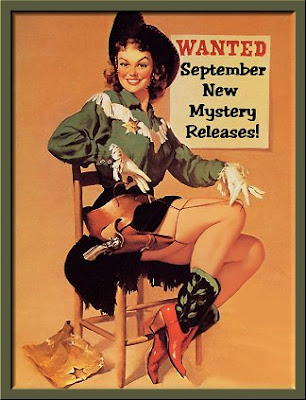 As I write this post, it's hard to believe that Labor Day is looming in my headlights-- the traditional date that most people think of as the end of summer. I am a heat and sunlight lover; I have been all my life, so I guess it's no surprise that I moved to a climate whose summer does not end on Labor Day, or begin on Memorial Day for that matter.

Of course, this climate doesn't suit everyone. Phoenix has posted more than 30 straight days of temperatures over 110°F (43°C). This is supposed to be monsoon season, one of two periods of badly needed seasonal rains. My part of the Valley of the Sun has received haboobs (monster dust storms), but only a trace of rain.

This is good news for me: my pool reading time has had no interruptions, and I've been motoring through some excellent books. Still... I would much rather have been chased into the house a few times by lashings of rain....

I'm looking forward to at least ten books that are being released during the month of September. The titles are grouped by release dates, and I've included the information you'll need to find them at all your favorite book spots. Enjoy September by reading a good book or three! 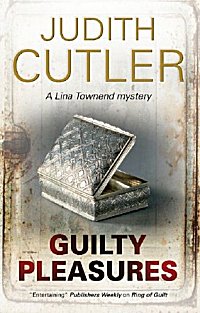 " Lina can't say no to the request of the local vicar, Robin Levitt, to help out at a church fete. When someone snatches an old silver snuffbox from the bric-a-brac stall and runs, Lina and Robin give chase. The thief drops the snuffbox before escaping, but Lina takes a painful spill on the churchyard gravel. Soon, Lina has to deal with more serious crimes--attacks, some of them fatal, on friends and acquaintances. Even her older mentor and business partner, Griff, gets beaten by a mysterious stranger. The police question her after a suspect caught on CCTV looks a lot like Lina herself. In the end, against Lina's wishes, Griff consults Detective Inspector Morris, her now married ex-boyfriend, who lends some romantic interest to the enchanting mix of murder and antiques." 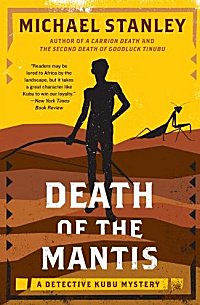 "In the southern Kalahari area of Botswana—an arid landscape of legends that speak of lost cities, hidden wealth, and ancient gods—a fractious ranger named Monzo is found dying from a severe head wound in a dry ravine. Three Bushmen surround the doomed man, but are they his killers or there to help? Detective David “Kubu” Bengu is on the case, an investigation that his old school friend Khumanego claims is motivated by racist antagonism on the part of the local police. But when a second bizarre murder, and then a third, seem to point also to the nomadic tribe, the intrepid Kubu must journey into the depths of the Kalahari to uncover the truth. What he discovers there will test all his powers of detection . . . and his ability to remain alive." 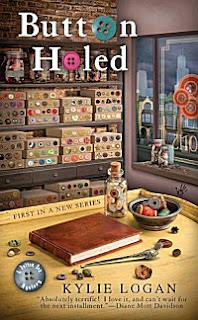 "Working out of her button shop in a Chicago brownstone, Josie Giancola has become one of the country's leading experts on buttons. Her reputation draws a Hollywood starlet to the Button Box to shop for one-of-a-kind buttons to adorn her made-to-order wedding gown. But after the Button Box is ransacked and the actress murdered, Josie's cozy world is thrown into chaos-and a killer is out to keep Josie's lips buttoned up...permanently." 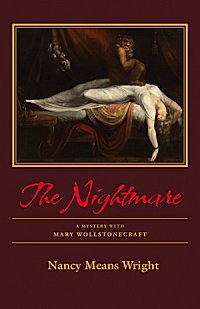 "Dismissed from her governess post in Ireland, Mary Wollstonecraft lands on her feet in London. After the 1792 publication of her ground-breaking Vindication of the Rights of Woman she gains entrée to a circle of celebrated artists and intellectuals. But Mary falls into obsession and infatuation with painter Henry Fuseli after his hauntingly erotic masterpiece The Nightmare is stolen. When a young artist is wrongfully accused and imprisoned, and a bluestocking friend is strangled, Mary's passionate nature does not allow her to stand aside. Her quest for the truth will lead her into personal notoriety, a trip to a madhouse, and confrontations with more than one possible murderer." 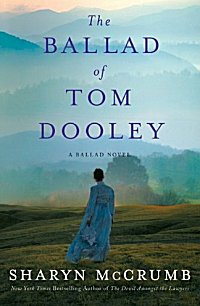 "Hang down your head, Tom Dooley…The folk song, made famous by the Kingston Trio, recounts a tragedy in the North Carolina mountains after the Civil War. Laura Foster, a simple country girl, was murdered and her lover Tom Dula was hanged for the crime. The sensational elements in the case attracted national attention: a man and his beautiful, married lover accused of murdering the other-woman; the former governor of North Carolina spearheading the defense; and a noble gesture from the prisoner on the eve of his execution, saving the woman he really loved.

With the help of historians, lawyers, and researchers, Sharyn McCrumb visited the actual sites, studied the legal evidence, and uncovered a missing piece of the story that will shock those who think they already know what happened—and may also bring belated justice to an innocent man. What seemed at first to be a sordid tale of adultery and betrayal was transformed by the new discoveries into an Appalachian Wuthering Heights." 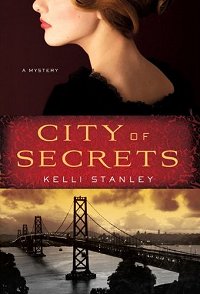 "When Pandora Blake is murdered at San Francisco's 1940 World Fair and her body marked with an anti-Semitic slur, Miranda is soon entangled in a web of deceit and betrayal that is only overshadowed by the threat of impending war. With a strong female protagonist more steel than silk and a mystery that will grip you until the last page, this sequel to the critically-acclaimed City of Dragons will appeal to fans of noir and historical mysteries." 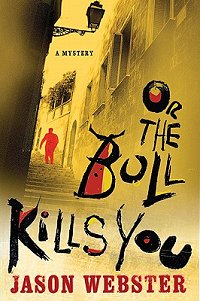 "'Either you kill the bull, or the bull kills you.' Chief Inspector Max Cámara thinks in proverbs,and he hates one thing above all: bullfighting. One hot afternoon in Valencia, however, he has to stand in for his boss, judging a festival corrida starring Spain’s most famous young matador. That night, he is back in the bullring, and what he finds on the blood-stained sand shocks the city of Valencia to its core. Cámara is roped into investigating a grisly murder while dealing with violent shadows from his own past, as well as confronting the suspiciousness of the bullfighting community and the stonewalling of local politicians in full electoral campaign. To top it all, Fallas, the loudest fiesta in the country, has just got underway. For Cámara, it seems his problems have only just begun..." 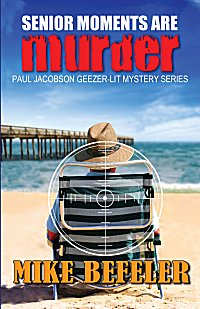 "Cantankerous octogenarian Paul Jacobson must solve a series of murders while struggling with the problems of his short-term memory loss. Paul learns about the homeless community, disreputable art dealers and the beach scene in Venice Beach, California, and must dance a geezer two-step to stay out of the clutches of the police and the bad guys." 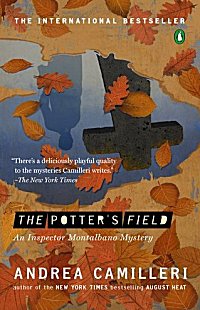 "Witty and entertaining, the Montalbano novels by Andrea Camilleri-- a master of the Italian detective story-have become favorites of mystery fans everywhere. In this latest installment, an unidentified corpse is found near Vigàta, a town known for its soil rich with potter's clay. Meanwhile, a woman reports the disappearance of her husband, a Colombian man with Sicilian origins who turns out to be related to a local mobster. Then Inspector Montalbano remembers the story from the Bible-Judas's betrayal, the act of remorse, and the money for the potter's field, where those of unknown or foreign origin are to be buried-and slowly, through myriad betrayals, finds his way to the solution to the crime." 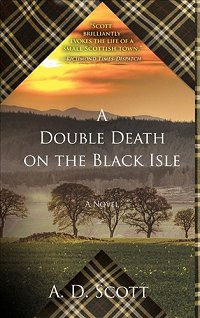 "Nothing is ever quite at peace on Scotland’s Black Isle—the Traveling people are forever at odds with the locals, the fishermen have nothing in common with the farmers, and the villages have no connection with the town. But when two deaths occur on the same day, involving the same families from the same estate—the Black Isle seems as forbidding as its name.

Joanne Ross, typist at the Highland Gazette, is torn whether to take on the plum task of reporting on these murders—after all, the woman at the center of both crimes is one of her closest friends. Joanne knows the story could be her big break, and for a woman in the mid-1950s—a single mother, no less—good work is hard to come by.

But the investigation by the staff on the Gazette reveals secrets that will forever change this quiet, remote part of the Highlands. The ancient feudal order is crumbling, loyalties are tested, friendships torn apart, and the sublime beauty of the landscape will never seem peaceful again."


There we go-- my most anticipated books for the month of September. Hopefully I've piqued your interest enough to add a title or two to your own personal wish lists!