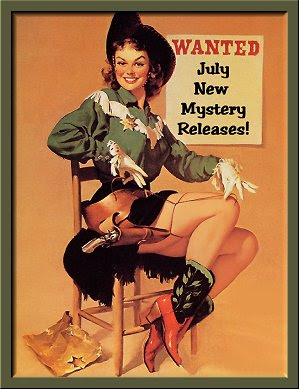 Summertime, and nothing beats sitting out in the pool with a cold drink and a good book. At least not here at Casa Kittling!

Most publishers hope that we spend some of that book money during these summer months, so they really pile on the new releases. There were several I added to my wishlist for July, and I had to do some judicious pruning on this post so that it wouldn't be more than two miles long!

The titles are grouped by release dates, and I've included the information you'll need to find them at all your favorite book spots.  I hope you're able to read one or two of this titles in glorious summer weather, too! 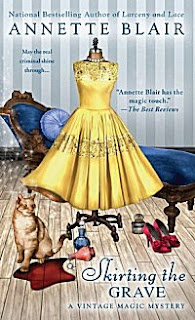 "Maddie Cutler thought she was taking on a new design intern for her boutique. But instead she finds her dead at the train station under suspicious circumstances. Now, Maddie is determined to iron out the wrinkles of this mystery." 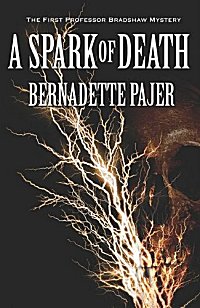 "Can death bring a man back to life? When UW Professor Benjamin Bradshaw discovers a despised colleague dead inside the Faraday Cage of the Electric Machine, his carefully controlled world shatters. The facts don't add up—the police shout murder—and Bradshaw is the lone suspect. To protect his young son and clear his name, he must find the killer.


Seattle in 1901 is a bustling blend of frontier attitude and cosmopolitan swagger. The Snoqualmie Falls Power Plant lights the city, but to most Seattleites, electricity is new-fangled and dangerous. The public wants a culprit—they want Bradshaw behind bars. The killer wants Bradshaw dead." 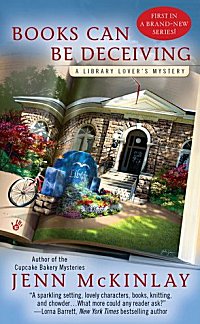 "Lindsey is getting into her groove as the director of the Briar Creek Public Library when a New York editor visits town, creating quite a buzz. Lindsey's friend Beth wants to sell the editor her children's book, but Beth's boyfriend, a famous author, gets in the way. When they go to confront him, he's found murdered-and Beth is the prime suspect. Lindsey has to act fast before they throw the book at the wrong person." 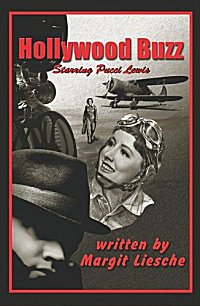 
"Pucci Lewis was used to ferrying fighter planes and undercover work. But it's the dark hours of WWII, and Hollywood's biggest stars, studio moguls, and Washington bureaucrats are working hand-in-glove to merge entertainment and propaganda. Pucci has been dispatched to the First Motion Picture Unit.

Pucci is stepping in for a sister-WASP, now hospitalized in critical condition after an all-too-deliberate plane crash. But who's the saboteur? Why the cover-up? Pucci is drawn into a high-profile homicide. A big-name director has been murdered, possibly by Nazi operatives. Military intelligence wants Pucci to learn what she can from her inside position.

Bela Lugosi is a frequent visitor to the Beverly Hills mansion where Pucci is temporarily billeted. His niece, a rising starlet and also the housekeeper, has a history with the Hungarian resistance. But Pucci doesn't trust the girl. Can Pucci steadfastly maneuver through movie land and its narcissistic denizens, finally unraveling the uncertainties to prove she has the right stuff?" 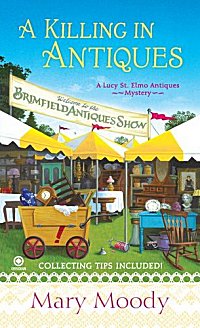 "Treasure hunting is not for the faint of heart. Luckily, Lucy St. Elmo, owner of the Cape Cod antiques shop St. Elmo Fine Antiques, has more than enough heart. What she needs to improve are her tracking skills-or else the wrong man could be convicted of a one-of-a-kind murder." 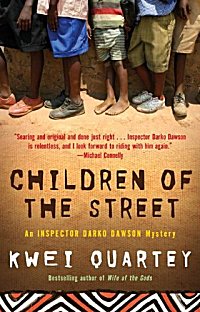 "In the slums of Accra, Ghana’s fast-moving, cosmopolitan capital, teenagers are turning up dead. Inspector Darko Dawson has seen many crimes, but this latest string of murders—in which all the young victims bear a chilling signature—is the most unsettling of his career. Are these heinous acts a form of ritual killing or the work of a lone, cold-blooded monster? With time running out, Dawson embarks on a harrowing journey through the city’s underbelly and confronts the brutal world of the urban poor, where street children are forced to fight for their very survival—and a cunning killer seems just out of reach." 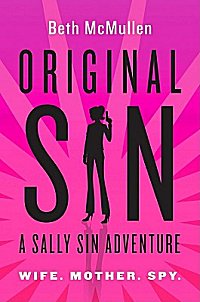 "After falling in love and making a quick exit from her nine-year career in the USAWMD (United States Agency for Weapons of Mass Destruction), ex-spy Sally Sin does her best to become Lucy Hamilton, a stay-at-home mom in San Francisco. No one, not even her adoring husband Will, knows about her secret agent escapades--chasing no-good masterminds through perilous jungles, escaping evil assassins, and playing dangerous games of cat and mouse with her old nemesis, Ian Blackford, a notorious and dashing illegal arms dealer.


In her new life as Lucy Hamilton, she squeezes inside forts crafted from couch cushions by her three-year-old son Theo, makes organic applesauce, and frequents the zoo. But sometimes her well-honed spy reflexes refuse to lay low. She can't help breaking into her own house to check on the babysitter or stop herself from tossing the yoga instructor who gets on her nerves. And when Ian Blackford, who is supposed to be dead, once again starts causing trouble for the USAWMD, the agency becomes desperate to get Sally back on the job.

How can Sally or Lucy or whatever her name is save the planet while at the same time keeping her own family's world from spinning out of control?" 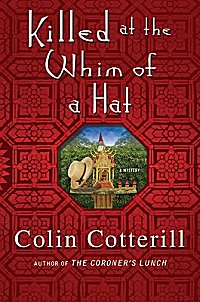 "Jimm Juree was a crime reporter for the Chiang Mai Daily Mail with a somewhat eccentric family--a mother who might be drifting mentally; a grandfather--a retired cop--who rarely talks; a younger brother obsessed with body-building, and a transgendered, former beauty pageant queen, former older brother. When Jimm is forced to follow her family to a rural village on the coast of Southern Thailand, she's convinced her career--maybe her life--is over. So when a van containing the skeletal remains of two hippies, one of them wearing a hat, is inexplicably unearthed in a local farmer's field, Jimm is thrilled. Shortly thereafter an abbot at a local Buddhist temple is viciously murdered, with the temple's monk and nun the only suspects. Suddenly Jimm's new life becomes somewhat more promising--and a lot more deadly. And if Jimm is to make the most of this opportunity, and unravel the mysteries that underlie these inexplicable events, it will take luck, perseverance, and the help of her entire family." 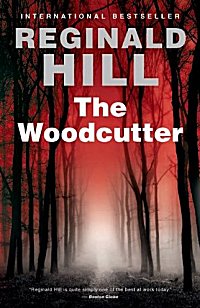 "Wolf Hadda’s life has been a fairy tale. From his humble origins as a Cumbrian woodcutter’s son, he has risen to become a hugely successful entrepreneur, happily married to the woman of his dreams.

A knock on the door one morning ends it all. Universally reviled, thrown into prison while protesting his innocence, abandoned by friends and family, Wolf retreats into silence. Seven years later, prison psychiatrist Alva Ozigbo makes a breakthrough. Wolf begins to talk, and under her guidance he is paroled, returning to his family home in rural Cumbria.

But there was a mysterious period in Wolf’s youth when he disappeared from home and was known to his employers as the Woodcutter. And now the Woodcutter is back, looking for the truth—and revenge. Can Alva intervene before his pursuit of vengeance takes him to a place from which he can never come back?"

It definitely looks like a lip-smackin' gooood month of reading! Are you eagerly awaiting some of the same titles? Which ones? You know how I love to compare notes!