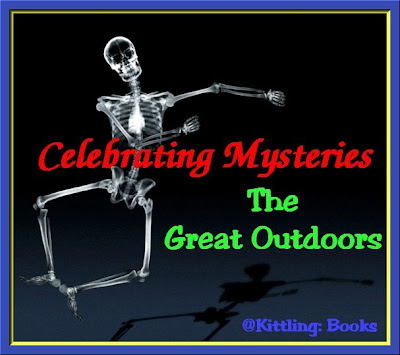 Great Outdoors Month winds up with a bang here at Kittling: Books by talking about some of my favorite sorts of sleuths: ranchers, farmers, rangers, and safari guides.

In many ways, these mysteries have the strongest sense of place. Not only do family farms and ranches hold great sentimental value to their owners, but these people have been trained throughout their lives to be on the lookout for small nuances of earth, weather and animal behavior. If you're a ranger or guide out in an area of surpassing natural beauty? You may be reawakening thousands of reader memories, or convincing them that they've just chosen their next vacation destination.

It's plain and simple: there's simply something about the land.

Before I go on to talk about the four authors I'm spotlighting this weekend, I'd like to tip my hat to two writers who have done so much for the mystery genre. What would many crime fiction readers do without the ongoing investigations of Nevada Barr's Anna Pigeon or C.J. Box's Joe Pickett? Not only have both authors given us two enduring and maturing characters, they have given us a much clearer sense of the open spaces of the United States.


Sandi Ault tells us on the first page of her website that she hopes we've landed there because "you're a fan of the West, a fan of the Wild, a mystery fan, or a lover of wolves." If you've read any of her award-winning books, you'll understand why she says that.

Her series focuses on Jamaica Wild, a Resource Protection Agent for the Bureau of Land Management in northern New Mexico. Jamaica's companion is a wolf named Mountain, and she is learning the culture of the Pueblo people among whom she lives. 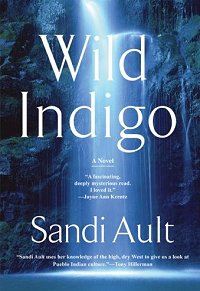 Booklist and I agree about the first book in the series, Wild Indigo:

Jamaica Wild, a resource-protection agent for the Bureau of Land Management, fails to save Jerome Santana from being trampled by a herd of buffalo. In fact, the leadership of the Tanoah Pueblo in New Mexico blames her for starting the stampede, not to mention the fact that she was on Pueblo land during Quiet Time, when visitors aren't allowed. Jamaica's investigation to prove Santana's death was murder--freeing her from culpability--leads to an exciting mountain rescue. As she investigates, Jamaica continues to maintain close ties with Momma Anna, Santana's mother, from whom she is learning about Pueblo life. In addition to her Native American studies, Jamaica, a strong-willed yet vulnerable heroine, is raising a rambunctious wolf pup and is romantically involved with forest ranger Kerry Reed. Ault blends the traditions and ceremonies from several Pueblo cultures, immersing the reader in Pueblo life and the beauty of northern New Mexico.

Sinclair Browning has lived in southern Arizona most of her life. She's written one of my favorite mystery series featuring cattle rancher and part-time private investigator, Trade Ellis. I enjoy these mysteries for their sense of place and for their stories, but her people got under my skin, too. (I remember describing a secondary character as being unable to communicate if she were forced to wear a bra. If you've read the series, you know the character!)

With her books coming out in electronic format for $2.99 or below, I'm hoping that Browning will be tempted to write another Trade Ellis book. 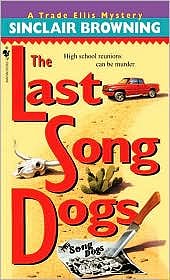 Here's what Publishers Weekly thought of The Last Song Dogs:

News of the gruesome murders of former Javelina High School Song Dog cheerleaders hits home with private investigator Trade Ellis in this debut mystery. One of the few remaining members of the squad, Ellis has been content working her immense Arizona ranch, Vaca Grande, and taking on the occasional insurance fraud or cheating-spouse case. But two aging classmates, worried for their lives, convince her to take on her first murder case while there are still some Song Dogs left. The upcoming 25-year reunion provides Ellis with the perfect opportunity, but little time, to interview her lengthy, diverse list of suspects, many of whom don't take kindly to her prying. Employing the help of some valuable connections, the sleuth finds more plausible motives than she knows what to do with, and uncovering lies and secrets soon proves dangerous. The action moves briskly and is boosted by the motley cast of characters and Browning's inspired descriptions of the Southwest landscape up to the very end, when the killer's true identity is revealed.

Judy Clemens writes one of the most realistic series about a dairy farmer that you'll ever have the pleasure of reading. When I began reading the Stella Crown series, I greatly appreciated that here was an amateur sleuth who just couldn't go haring off whenever she felt like looking for clues. You see... when cows need to be milked, they need to be milked.

Stella also has several very noticeable tattoos and likes to ride a Harley Davidson motorcycle. Many people take one look at her and assume they know all about her. Stella has learned the advantage of taking a long, slow second look. Face value doesn't mean much. 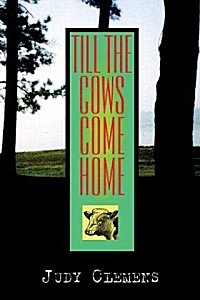 Once again, Booklist and I agree, this time about Stella in Till the Cows Come Home:

She's smart. She's tough. She's sexy. She's a dairy farmer? However incongruous Stella Crown's occupation may seem in conjunction with her attributes, Clemens makes her not only believable but admirable. Left alone when her parents died, Stella runs the family's Pennsylvania dairy farm with help from her hired hand and second father, Howie. It's a hard life, and Clemens' vivid portrayal of the lot of the small farmer is eye-opening and disturbing. But Stella's troubles go beyond the everyday when it becomes clear that someone is sabotaging her. And, even more seriously, children are falling ill with a strange virus--one young boy is already dead. Stella deals with dead cows, arson, a missing dog, and a sick young farmhand while also attempting to sort out her love life. Alternately a Harley-riding, tough farm girl and a kindhearted, vulnerable woman, Stella makes an endearing heroine in a promising first novel.

Psychotherapist Karin McQuillan has written a short series that I just have to try. Set in Kenya, the main character is Jazz Jasper, an American safari guide. That sounds like the perfect blend of strong female lead, wildlife, wide open spaces, and adventure to me! 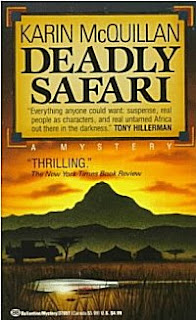 Publishers Weekly had this to say about Deadly Safari:

Jazz Jasper comes to Kenya to escape a failed marriage and start her own safari company; one of her first contracts is a location-scouting expedition for Wild and Free Shampoo commercials. Out on the Serengeti Plain, one of the owners of the shampoo company, unpleasant bully Boyce Darnell, dies of an apparent heart attack. His demise is followed by the bloody murder with a spear of Jazz's friend Lynn. Police Inspector Omondi eliminates Jazz and her staff as suspects, identifying as the most likely perpetrators Darnell's widow, his partner Al, Al's wife Madge, an advertising executive who was Lynn's boss, and Candy, a model who'd been pursued, then fired by the dead man. Tensions grow in the camp as Jazz launches an investigation to save her fledgling business and avenge her murdered friend, discovering a number of motives based on old secrets and financial skulduggery. McQuillan's evident love for the African countryside, animals and people sets this mystery apart, as does a sensitively handled love affair. Her fine eye for detail and a deft touch with characterization promise much for the future.

What do you think of this week's choices? Agree? Disagree? Have some of your own? Please share so we can all update our wishlists!

Don't forget to stop by next weekend when Celebrating Mysteries begins its fifth month!
by Cathy at Saturday, June 25, 2011