Scene of the Crime with Author Kwei Quartey

One of the best books I read in 2009 was Wife of the Gods, a captivating mystery set in Ghana featuring Detective Inspector Darko Dawson. So you can imagine how happy I was when author Kwei Quartey agreed to be interviewed on Scene of the Crime.

Dr. Kwei Quartey was born in Ghana and raised by an African American mother and a Ghanaian father, both of whom were university lecturers. Even though his professional writing career began after he became a physician, his desire to be a writer started at a very early age.

Kwei Quartey (pronounced "Kway Quart-ay") now lives in Pasadena, California. He writes early in the morning before setting out to work at Healthcare Partners, where he runs a wound care clinic and is the lead physician at an urgent care center.

The Darko Dawson series began with Wife of the Gods in 2009, and on July 12 you will be able to obtain the second book in the series, Children of the Street. Quartey is currently working on the third book, Men of the Rig.

I know you're more than ready for the interview, so let's get started! 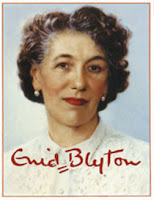 The first book I read in school around first grade that was a full-length story with some real “meat” (i.e., beyond “See the dog”) made me feel grown up and I loved the story. I’ll be darned if I can remember the name of the book though. Apart from that, I can’t fix one particular book in my mind, but I remember a group of novels very well. In my birthplace of Ghana (to an African-American mother and Ghanaian father) the British influence was strong and among the earliest books I read as a kid were those of prolific British children’s author Enid Blyton (about whom Madonna was famously clueless when she did her UK children’s book tour.) Not well known in the States, Blyton had two or three children’s mystery series running simultaneously. Her novels are still widely published in Europe and she is possibly the most published children’s author throughout the world. For me, mysteries was where it was all at.

I have no free time.


If I were to visit your hometown, where would you recommend that I go? (I like seeing and doing things that aren't in all the guidebooks.)

The slum of Agbogbloshie, which features prominently in my novel CHILDREN OF THE STREET, is almost certainly not in the guidebooks. This is a place of lurking violence, grinding poverty, small-trader industrialization and mountains of trash that include old TV’s and other electronic equipment discarded by Europe and the US. It wouldn’t be a tour you would exactly enjoy, but for a reorienting of one’s worldview and the realization of just how good life in general is in the West, you can’t beat it.

Why anyone would want to do this is beyond me, but I’ll play along. I would probably select LeVar Burton (minus the salt-and-pepper beard he sometimes wears – sorry LeVar.)

I tried my hand at short stories, which didn’t work out. I just didn’t have the knack. My characters came out flat. I’ve written two screenplays, but don’t enjoy screenwriting. I turned one of my screenplays that had originally been a novel back again into a novel, but no one liked it, including me. I have a subsidy published book (1995) called Kamila, now on Kindle, about a young Algerian woman caught up in a conflicted romance with an Arab nationalist and a hunky Frenchman. I mustn’t forget my childhood creations: Return of Cougar (Tarzan-like), Eddie Rheingold (007-like), Trevor (a detective) and a group of five kids who went around solving mysteries, based on Enid Blyton’s “Five Find-Outers.”

I first saw WIFE OF THE GODS in the display window of the first bookstore at which I did a signing, and I took about half a dozen photos from every conceivable angle. Funnily enough, I never went back to gaze lovingly at the pics. I don’t even know where they are now. I didn’t do anything physical for celebration, like throwing a party, which is not my style. I was really just celebrating in my mind. Once I get a good piece of news, it immediately becomes the past and I need to move on to whatever is the next step. Celebrating seems like I’m saying “Yay! This is the end of the process,” which is never true. Plus I think gloating might jinx me.

Parnell Hall’s video is very funny. Apart from the time when I was at a book-signing in which a couple attendees sauntered out of a side exit with their copies of my books that they hadn’t paid for, one of the strangest events was at a book fair where I was on a “panel.” It was conducted inside a small room with no audience. The so-called panel was an eclectic, if not dysfunctional, mix. Apart from me, there was a Vietnam vet who wasn’t an author as far as I could gather, the host of a left-leaning radio show, a woman who wrote a novel set in Jamaica and the States, and one other woman who was dressed in scarlet and whom I never quite understood what she had to do with books. There was no cohesion to the discussion. The vet spoke of various out-of-body, dejà-vu types of experiences he had experienced, the talk-show host talked about the tyranny of colonialism in Africa, the other author tried to talk about her book and I tried to talk about mine, and the scarlet woman only asked one question before she dozed off. I had that parallel universe feeling of what am I doing here?


The way some people talk, the only way to read now or in the future is with some sort of electronic device, like my husband's Nook. What is your opinion of e-books, and how will they affect you as a published author?

My opinion of e-books doesn’t matter much, just as my opinion of CD’s, Napster, iTunes, the iPod, iPhone, iPad and all the other “i’s” never mattered to their success. E-books are here to stay and they are taking the publishing world by storm. Bottom line, don’t try swimming against the tsunami.

It’s probably not widely known that publishers make more of a profit on e-books than on a hardcover. Every time a reader’s e-book purchase displaces a hardcover, the publisher nets a greater percentage of the sale and the writer nets less. The math is a little tricky to follow, but see this article, which I believe explains it very well.

So why don’t publishers convert to e-books in droves? A few reasons, not the least of which is that authors are lobbying for larger e-book royalties than the present 25%, and this would mean the publisher, to its own disadvantage, adjusting and/or renegotiating thousands of e-book contracts. That’s one of the reasons why publishers are holding on to paper for dear life.

Amazon has been ruinous for many independent booksellers because it was using the “reseller” model via Kindle in which they set the price way of a e-book far below what an independent bookseller could reasonably offer for the same book in paper. In the “agency” model, which Apple (iPad) uses, the publisher sets the price and Apple acts as the agent to sell the e-book at that price instead of the massive discount that Amazon would. This gives independents a better chance at competing with Amazon, which had cornered 90% of the e-book market. As Mr. Scott Turow, President of the Author’s Guild has said, "Getting local booksellers into the e-book game is essential."

Random House, my publisher, adopted the agency model with Apple at the beginning of March 2011. Mr. Turow comments, “For anyone who loves bookstores, this is the best news out of the publishing industry in a long time. Random House’s move may prove to be a lifeline for some bookstores.”

For mid-list authors, a big win for e-books over indie booksellers could mean a drop in unit sales because the Indies often “hand-sell” their favorite authors’ novels and have book-signings and so on. Still, Indies can do some virtual hand-selling as well, via blogs and newsletters. I’m no businessman, but I wonder in fact if some Indies might think about possibly selling e-readers in their store and providing discounts to customers who shop at their store via Google e-books.

So this year it will be interesting to see how CHILDREN OF THE STREET does and how the numbers and percentages break down between the trade paperback (there is no hardcover version) and the e-book. Whatever you do, dear reader, consider buying the physical novel at your brick-and-mortar bookstore or obtaining the e-book from an indie bookstore that participates in Google e-books.


Thank you so much for taking the time to be with us. The best of luck with Children of the Street. (I know I'll be reading it!) I hope all of you take the time to watch the book trailer below.