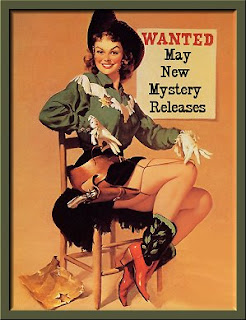 In between bouts of cooking and going through all the books in my library, I've been spending a couple of hours each day sitting in the back garden enjoying the breeze, the fountains, the flowers, and some very good books. And you all know that if you read two excellent books in a row, you've just gotta get your hands on more!

The following books are being released during the month of May, and they're on my wish list. Maybe they're on yours, too.

The titles are grouped by release dates, and I've included the information you'll need to find them at all your favorite book spots.  I hope one or two of these titles have you drooling, too! 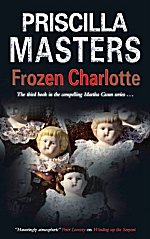 "When a woman arrives in Accident and Emergency clutching a child in a pink blanket, Martha Gunn is not quite ready to make the discovery that the evening has in store for her. The baby is dead, and not only that, it has been mummified. Post mortem reveals the child to be a new born, deceased for over five years and, despite the mysterious woman’s protestations that it is called ‘poppy’,  most certainly a boy. As always coroner Martha Gunn reserves judgement until she is able to get to the bottom of the case." 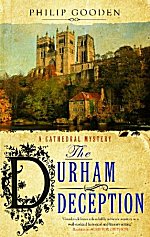 "Second in the gripping new 19th century ‘Cathedral’ murder mystery series from the acclaimed author of the ‘Nick Revill’ mysteries - For the newly-weds Tom and Helen Ansell life is no honeymoon, as they are drawn into a murky underworld of Victorian spiritualism and stage magic when they’re sent on a mission to the stunning cathedral city of Durham. Not only must they investigate Helen’s Aunt Julia, who has mysteriously fallen for a medium, but also solve the riddle of the sinister Lucknow dagger. Until suddenly things go from bad to worse when a body turns up and Helen herself is accused of murder." 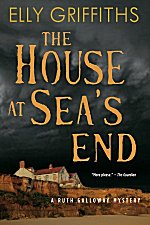 "Shoreline erosion at the village of Broughton Sea's End has revealed the skeletons of six men, their arms bound. From the mineral content of their bones, forensic archaeologist Ruth Galloway can tell that they were all Germans. Most likely, DCI Harry Nelson reckons, they were killed by the local Home Guard when they tried to land during the Second World War. This is just the first complication in a story brimming with surprise twists, not all of them stemming from these murders." 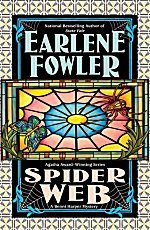 "The Memory Festival is a celebration of recollections and loved ones through crafts. But when a local cop is wounded by a mysterious sharpshooter who seems to have a vendetta against the police, Benni fears for her loved ones, especially her police chief husband. Benni is determined to make her hometown safe-before their peaceful street fair becomes a day to remember in the worst way." 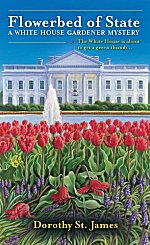 "Cassandra 'Casey' Calhoun's passion for gardening has carried her to President's Park on which sits the White House. But when she finds a dead body in a trash can, Casey has to root out a killer before she ends up planted herself." 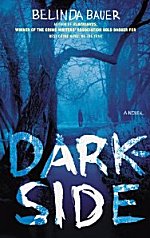 "In bleak midwinter, the people of Shipcott are shocked by the murder of an elderly woman in her bed. As snow cuts off the village, local policeman Jonas Holly is torn between catching a brutal killer and protecting his vulnerable wife, Lucy.

When the inquiry is commandeered by an abrasive senior detective, Jonas finds himself derided by his colleagues and ashamed to admit to Lucy that he’s been sidelined. It seems his first murder investigation may be over before it’s begun. But when he receives a series of increasingly sinister anonymous notes, Jonas is thrust back into the center of the case. Someone in the village is taunting him, blaming him for the tragedy. Someone thinks he’s not doing his job; someone seems to know every move he makes. And soon Jonas has to ask: Who’s hunting who?" 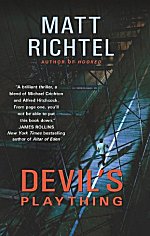 "Medical journalist Nate Idle has stumbled onto an extraordinary conspiracy and the ultimate mind game. Suddenly, in pursuit of the truth, he's running for his life through the shadows of Silicon Valley, a human lab animal caught in a deadly maze of neurotechnology and institutional paranoia. And his survival rests entirely in the hands of his eighty-five-year old grandmother, Lane, who’s suffering from dementia, and can't remember the secret at the heart of the world-changing conspiracy." 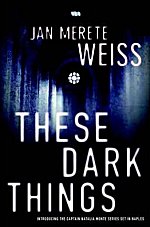 "When a beautiful college student is found murdered in the catacombs beneath a monastary, Captain Natalia Monte of the Carabinieri is assigned to investigate. Could the killer be a professor the student had been sleeping with? A blind monk who loved her? Or perhaps a member of the brutal Napali criminal organization, the Camorra? As Natalia pursues her investigation, the crime families of Naples go to war over garbage-hauling contracts; and all across the city heaps of trash pile up, uncollected. When one of Natalia's childhood friends is caught up in the violence, her loyalties are tested, and each move she makes threatens her own life and the lives of those she loves." 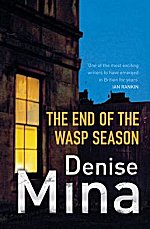 "When notorious millionaire banker Lars Anderson hangs himself from the old oak tree in front of his Kent mansion his death attracts no sympathy. One less shark is little loss to a world nursing a financial hangover. But the legacy of a life time of self-serving is widespread, the carnage most acute among those he ought to be protecting: his family. He leaves behind two deeply damaged children and a broken wife. Meanwhile, in a wealthy suburb of Glasgow, a young woman is found savagely murdered in her home. The genteel community is stunned by what appears a vicious, random attack. When DS Alex Morrow, heavily pregnant with twins, is called in to investigate, she soon discovers that behind the murder lurks a tangled web of lies. A web that will spiral through the local community, through Scotland and ultimately right back to a swinging rope hundreds of miles away. The End of the Wasp Season is an accomplished, compelling and multi-layered novel, which traces the damaging consequences of one man's selfish actions in a world ravaged by recession and questioning everything it previously held sacred."

Wow! What a great month for mysteries, eh? I can't wait to get my hands on these. How about you?