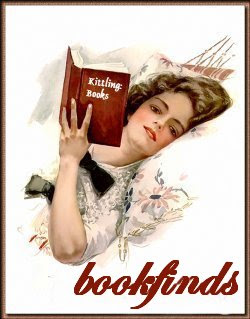 We've had a twenty-degree drop in temperature here in Phoenix, and I'm waiting for the promised rain. It looks as though Mother Nature screwed up her timing a bit. I have a friend from the Pacific Northwest coming for a visit next week, and she brought his weather here a week early. Since I think he's wanting to soak up some sun out by the pool, this is a good thing.

In the mean time, I've managed to find some more books to add to my wish list. I know... quelle surprise! Once again they were all from one of the Daily Wish List emails from Paperback Swap. Sometimes I hear of new books here before I hear about them anywhere else.

Let's see what I managed to find this week! Don't forget: you can click on the book cover to get more detailed information. 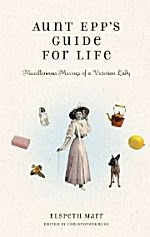 Aunt Epp's Guide for Life: Miscellaneous Musings of a Victorian Lady edited by Christopher Rush. This morning I read a review of this book, and some of the excerpts are absolutely hilarious. "Born in 1871, Elspeth Marr was married but childless (perhaps by choice) and lived in the Kingdom of Fife, Scotland. Throughout her lifetime, she wrote copious letters and notes to an unnamed "young girl" about the nuts and bolts of life, as well as her views on more worldly matters. Never meant for publication, these notes languished in obscurity until Christopher Rush’s mother discovered them in a small brown suitcase long after his great-great aunt Epp passed away. Sassy and opinionated, Aunt Epp was not afraid to voice her views and give her advice on topics ranging from adultery to wrinkles, God to genitals. In a time when mentioning such things would have been deemed unladylike and improper, Aunt Epp left nothing unsaid. Full of wit and erudition, not to mention homespun herbal remedies and witty verse, now Aunt Epp’s timeless wisdom can be shared and enjoyed by everyone." 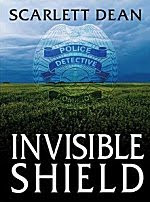 Invisible Shield by Scarlett Dean. "What if a murdered cop could come back and solve her own murder? What if she could team up with her own sister, also a cop, to get the job done? And what exactly happens on the other side, anyhow? Lindsay Frost does not volunteer for this assignment, but when she is murdered in her own home, with the death staged to look like a suicide, the cop within her refuses to completely shuffle off the mortal coil, at least not until she gets justice. Fortunately her sister, also in law enforcement and much more open to the paranormal than Lindsay was in life, feels the same way. The two sisters tag-team the investigation in a story that is funny and fast-paced, satisfying and touching, and ultimately tinged with sadness since their work together is always overshadowed by that one big obstacle: one of them is dead." 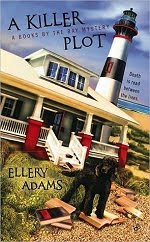 A Killer Plot by Ellery Adams. "In the small coastal town of Oyster Bay, North Carolina, you'll find plenty of characters, ne'er-do-wells, and even a few celebs trying to duck the paparazzi. But when murder joins this curious community, the Bayside Book Writers are there to get the story....
Olivia Limoges is the subject of constant gossip. Ever since she came back to town-a return as mysterious as her departure-Olivia has kept to herself, her dog, and her unfinished novel. With a little cajoling from the eminently charming writer Camden Ford, she agrees to join the Bayside Book Writers, break her writer's block, and even make a few friends....
But when townspeople start turning up dead with haiku poems left by the bodies, anyone with a flair for language is suddenly suspect. And it's up to Olivia to catch the killer before she meets her own surprise ending." 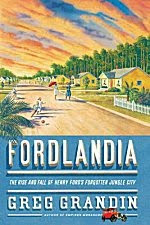 Fordlandia: The Rise and Fall of Henry Ford's Forgotten Jungle City by Greg Grandin. "Fordlandia is the story of Henry Ford's ill-advised attempt to transform raw Brazilian rainforest into homespun slices of Americana. With sales of his Model-T booming, the automotive tycoon saw an opportunity to expand his reach further by exploiting a downtrodden Brazilian rubber industry. His vision, the laughably-named Amazonian outpost of Fordlandia, would become an enviable symbol of efficiency and mark the Ford Motor Company as a player on the global stage. Or so he thought. With thoughtful and meticulous research, author Greg Grandin explores the astounding oversights (no botanists were consulted to confirm the colony's agricultural viability) and painful arrogance (little thought was paid to how native Brazilians would react to an American way of life) that hamstrung the project from the start. Instead of ushering in a new era of commerce, Fordlandia became a cautionary tale of a dream destroyed by hubris." 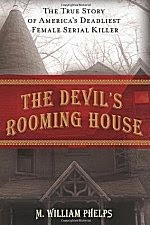 A silent, simmering killer terrorized New England in1911. As a terrible heat wave killed more than 2,000 people, another silent killer began her own murderous spree. That year a reporter for the Hartford Courant noticed a sharp rise in the number of obituaries for residents of a rooming house in Windsor, Connecticut, and began to suspect who was responsible: Amy Archer-Gilligan, who’d opened the Archer Home for Elderly People and Chronic Invalids four years earlier. “Sister Amy” would be accused of murdering both of her husbands and up to sixty-six of her patients with cocktails of lemonade and arsenic; her story inspired the Broadway hit Arsenic and Old Lace. The Devil’s Rooming House is the first book about the life, times, and crimes of America’s most prolific female serial killer. In telling this fascinating story, M. William Phelps also paints a vivid portrait of early-twentieth-century New England." 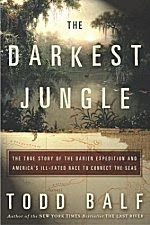 The Darkest Jungle: The True Story of the Darien Expedition and America's Ill-Fated Attempt to Connect the Seas by Todd Balf. "In 1854, Isaac Strain, an ambitious young U.S. Navy lieutenant, launched an expedition hoping to find a definitive route for a canal across the isthmus of Panama. For hundreds of years, the Darien isthmus had defied explorers; its unmapped wilderness contained some of the world's most torturous jungle. Yet Strain was confident he could complete the crossing. He was wrong. He and his men quickly lost their way and stumbled into ruin. Balf vibrantly recounts their journey, a disaster on a par with the Donner party or the sinking of the whale ship Essex. Balf has written a compelling, tragic story, reviving an adventure overshadowed, 60 years later, by the successful completion of the canal. Balf reminds readers that, like the transcontinental railroad farther to the north, the channel was 'built on the bones of dead men.'" 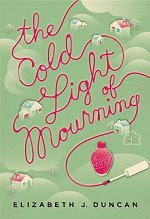 The Cold Light of Mourning by Elizabeth J. Duncan. "Manicurist and owner of the Happy Hands Nail Care shop, Penny Brannigan is a transplanted Canadian who has been living in Llanelen in northern Wales since she came to the country as a backpacker years ago. While still dealing with the recent death of a good friend, Penny is hired to do the nails of the bridal party for the wedding of local Emyr Gruffydd to Londoner Meg Wynne Thompson. Meg Wynne disappears on her wedding day, apparently after having her nails done. Penny becomes involved when she realizes that the woman whose nails she did that day was not Meg Wynne. Penny and a new friend, Victoria, assist Detective Chief Inspector Davies with his investigation, sometimes clumsily, but they ultimately solve the mystery. Well-developed characters and a nicely delineated Wales setting are what make this stylish cozy work."

That was it for this week. Do any of them strike your fancy? Do tell!

Email ThisBlogThis!Share to TwitterShare to FacebookShare to Pinterest
Labels: bookfinds