Mailbox Monday-- The Last of the Christmas Bingeing 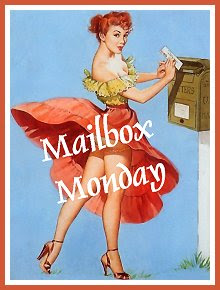 Mailbox Monday is a fun meme hosted by Marcia of The Printed Page. If you'd like to see what others have received in their mailboxes within the past week, just click on that redhead over on the left, and you'll be taken right to the heart of the action.

Between Christmas and January 24 is a period of time that I think of as Binge Month. I savor books given to me at Christmas; I wallow in the wealth of gift cards I've been given; I seek out good deals on the books that have languished on my wish lists. And I chortle with glee when the boxes arrive. I may indulge once or twice more over the course of the year, but this is my main binge time.

I did manage to send 5 books to new Paperback Swap (PBS) foster homes last week, but I received 15 from various sources. Here's the rundown: 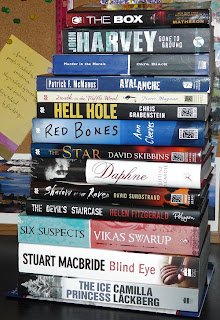