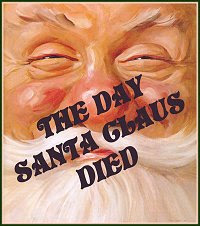 There had been a sudden dip in temperature that day. The air was crisp. Christmas was in the air.

The men were gathering for work, and as they gathered, they talked. Most of them still had last minute things to do for their families' Christmases. They hoped that their children hadn't found the toys that they had been making for them. Mr. Haslam was holding little gifts for most of the men's wives. They sure hoped that their wives would like them. They would have to go down to Mr. Haslam's store right after work and pick them up. Did anyone know how to wrap a pretty package? 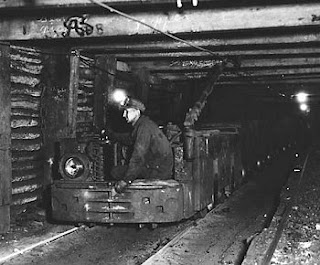 Steve Novota and Anthony Pekovitch hadn't reported for the shift yet. They must be sick for it wasn't like them to miss a day's work. Mike Potsick was teasing his sons and wondering if the new baby would be yet another son. Andy Corby and his sons were talking to Mike Tirpak and his sons. The Sarver brothers were playfully scuffling around. They were just seventeen and eighteen, but darned good workers.

Men continued to drift in to the group: Supini, Negra, Geletka, Luconic, Catherwood. Andy Campbell met a barrage of teasing and jokes when he came up. He was an old married man of two weeks that day. 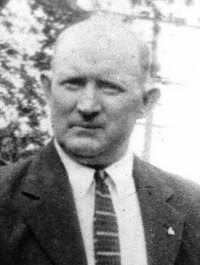 Just about the last man to come was Tom Jackson. He was to play Santa Claus for the village children that evening at the City Hall. He had been doing it for years and loved it.

In all, there were 52 men who went to work that day. The men got in the cars and went down to their work. They didn't notice anything until after "Santa" Jackson threw the switch that turned on the lights in the tunnel.

That drop in temperature had been accompanied by an unusual drop in barometric pressure. This had caused the escape of deadly methane gas.

The light switch sparked. There was a flash, followed by two explosions. 52 men died in the Moweaqua Coal Mine that day. Fathers, sons, brothers and husbands died that day. Santa died that day. Moweaqua almost died that day: December 24, 1932.

It is now 1972, and it is nearing Christmas time again. Moweaqua is now a quiet little farming community. The village is getting ready for the holidays. Steve Novota is helping his son decorate the television store. He will take his sister, May Supini, and Mrs. Luconic to midnight mass. There aren't many of them left now. They have either passed away or moved to the big city (Chicago).

The old ones that are left will do their shopping in Moweaqua's thriving business district. There is a variety of business and professional places: supermarkets, restaurants, barber and beauty shops, dry goods and variety stores, a cabinet and woodworking shop, printing shop, ceramic shop, a Ford agency, auto body and repair shops, appliance shops, plumbing and heating shops, a jewelry store, gas stations, a bowling alley, a medical doctor and a dentist, cement plant, fertilizer plant, antique shops, laundromat and dry cleaning shops, lawyers, feed stores, and grain elevators. 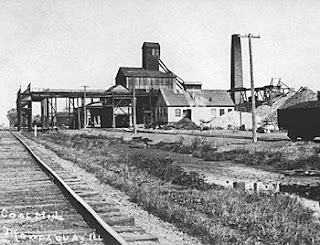 There is no coal mine.

[This story was written by my mother about the little farm town we both grew up in-- Moweaqua, Illinois. Mom went to school with many of the children who lost fathers and brothers in the mine disaster.

The three photos I used here were taken from an excellent resource, Mining More in Moweaqua. If you'd like to read more about it, that's the best place to go.]
by Cathy at Wednesday, December 23, 2009