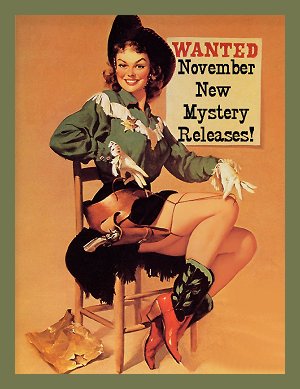 There's nothing like trying to compose blog posts with the racket of chain saws right outside the window. We're having some work done on many of the trees on the property with the HUGE project of cutting down the enormous dead Aleppo pine coming Saturday. I'm going to miss that tree, so it's a good thing that I have the distraction of new books to talk about and share with you all.

I've grouped my picks of the best new crime fiction being released during the month of November by their release dates, and the synopses and covers are courtesy of Amazon.

Now it's time to see if any of my choices tickle your fancy, too. Let's take a look! 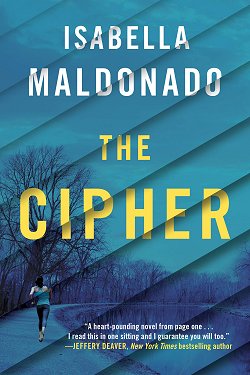 Synopsis: "FBI Special Agent Nina Guerrera escaped a serial killer’s trap at sixteen. Years later, when she’s jumped in a Virginia park, a video of the attack goes viral. Legions of new fans are not the only ones impressed with her fighting skills. The man who abducted her eleven years ago is watching. Determined to reclaim his lost prize, he commits a grisly murder designed to pull her into the investigation…but his games are just beginning. And he’s using the internet to invite the public to play along.

His coded riddles may have made him a depraved social media superstar—an enigmatic cyber-ghost dubbed “the Cipher”—but to Nina he’s a monster who preys on the vulnerable. Partnered with the FBI’s preeminent mind hunter, Dr. Jeffrey Wade, who is haunted by his own past, Nina tracks the predator across the country. Clue by clue, victim by victim, Nina races to stop a deadly killer while the world watches." 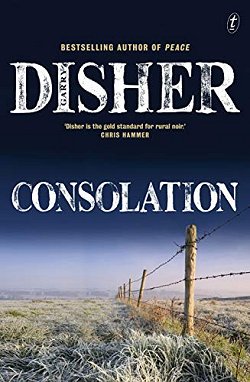 Synopsis: "In Consolation, Tiverton’s only police officer Constable Paul Hirschhausen is dealing with a snowdropper. Someone is stealing women’s underwear, and Hirsch knows how that kind of crime can escalate. Then two calls come in: a teacher who thinks a child may be in danger at home. A father on the rampage over at the primary school.

Hirsch knows how things like that can escalate, too. Families under pressure. Financial problems. But it’s always a surprise when the killing starts." 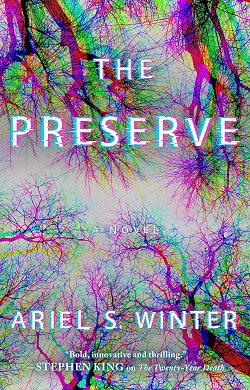 Standalone thriller set in the future

Synopsis: "Decimated by plague, the human population is now a minority. Robots—complex AIs almost indistinguishable from humans—are the ruling majority. Nine months ago, in a controversial move, the robot government opened a series of preserves, designated areas where humans can choose to live without robot interference. Now the preserves face their first challenge: someone has been murdered.

Chief of Police Jesse Laughton on the SoCar Preserve is assigned to the case. He fears the factions that were opposed to the preserves will use the crime as evidence that the new system does not work. As he digs for information, robots in the outside world start turning up dead from bad drug-like programs that may have originated on SoCar land. And when Laughton learns his murder victim was a hacker who wrote drug-programs, it appears that the two cases might be linked. Soon, it’s clear that the entire preserve system is in danger of collapsing. Laughton’s former partner, a robot named Kir, arrives to assist on the case, and they soon uncover shocking secrets revealing that life on the preserve is not as peaceful as its human residents claim. But in order to protect humanity’s new way of life, Laughton must solve this murder before it’s too late.

The Preserve is a fresh and futuristic mystery that is perfect for fans of Westworld and Blade Runner." 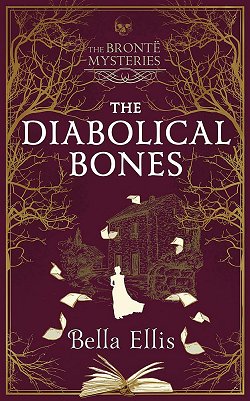 Series: #2 in the Brontë Sisters historical series set in England.

Synopsis: "Charlotte, Emily and Anne Brontë are rather losing interest in detecting until they hear of a shocking discovery: the bones of a child have been found interred within the walls of a local house, Top Withens Hall, home to the scandalous and brutish Bradshaw family.

When the sisters set off to find out more, they are confronted with an increasingly complex and sinister case, which leads them into the dark world of orphanages, and onto the trail of other lost, and likely murdered children. After another local boy goes missing, Charlotte, Emily and Anne vow to find him before it's too late.

But in order to do so, they must face their most despicable and wicked adversary yet - one that would not hesitate to cause them the gravest of harm. . ." 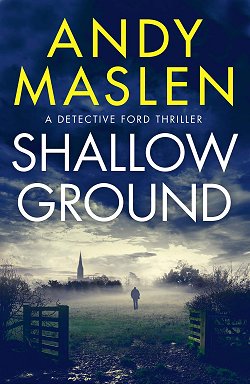 Synopsis: "Barely a month since his promotion to Inspector, DI Ford is called in to investigate the murder of a young nurse and her son in a small flat in Salisbury. There are few clues, and no apparent motive, but Ford can sense that there’s a serial killer at work. After all, he knows from brutal personal experience how killers cover their tracks…

It’s been six years since Ford lost his wife in a climbing accident—an accident he caused. He is desperate to keep the truth hidden, especially from his son, Sam. But Ford’s new partner, Dr Hannah Fellowes, is a crime scene investigator with a ruthlessly analytical mind, and as they work together to track down the killer, his crippling guilt is compounded by fear of exposure.

When instinct leads him towards a high-profile suspect, his superiors’ warnings just make him more determined to connect impulse and fact. But can Ford hold it all together—the case, his life—long enough to stop the killer?" 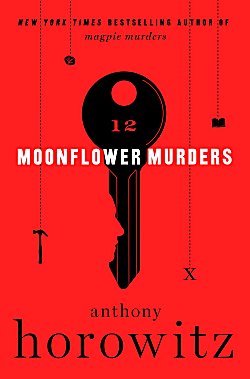 Series: #2 in the Susan Ryeland series set in Greece and England.

Synopsis: "Retired publisher Susan Ryeland is living the good life. She is running a small hotel on a Greek island with her long-term boyfriend Andreas. It should be everything she's always wanted. But is it? She's exhausted with the responsibilities of making everything work on an island where nothing ever does, and truth be told she's beginning to miss London.

And then the Trehearnes come to stay. The strange and mysterious story they tell, about an unfortunate murder that took place on the same day and in the same hotel in which their daughter was married—a picturesque inn on the Suffolk coast named Farlingaye Hall—fascinates Susan and piques her editor’s instincts.

One of her former writers, the late Alan Conway, author of the fictional Magpie Murders, knew the murder victim—an advertising executive named Frank Parris—and once visited Farlingaye Hall. Conway based the third book in his detective series, Atticus Pund Takes the Cake, on that very crime.

The Trehearne’s, daughter, Cecily, read Conway’s mystery and believed the book proves that the man convicted of Parris’s murder—a Romanian immigrant who was the hotel’s handyman—is innocent. When the Trehearnes reveal that Cecily is now missing, Susan knows that she must return to England and find out what really happened." 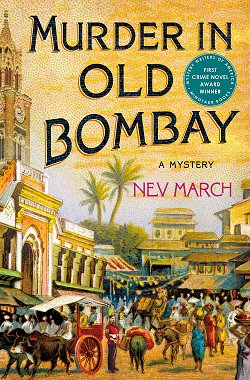 Synopsis: "In 1892, Bombay is the center of British India. Nearby, Captain Jim Agnihotri lies in Poona military hospital recovering from a skirmish on the wild northern frontier, with little to do but re-read the tales of his idol, Sherlock Holmes, and browse the daily papers. The case that catches Captain Jim's attention is being called the crime of the century: Two women fell from the busy university’s clock tower in broad daylight. Moved by Adi, the widower of one of the victims ― his certainty that his wife and sister did not commit suicide ― Captain Jim approaches the Parsee family and is hired to investigate what happened that terrible afternoon.

But in a land of divided loyalties, asking questions is dangerous. Captain Jim's investigation disturbs the shadows that seem to follow the Framji family and triggers an ominous chain of events. And when lively Lady Diana Framji joins the hunt for her sisters’ attackers, Captain Jim’s heart isn’t safe, either. 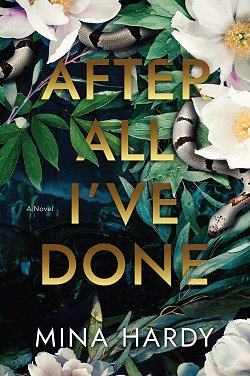 Title: After All I've Done

Standalone psychological suspense set in the US.

Synopsis: "Five months ago, an accident left Diana Sparrow badly injured and missing a few months of her memory. As if that's not enough, she's started having recurring nightmares about the night of the accident. Dreams that feel so real, she's left questioning: maybe she didn't just slide off the road into a ditch. Maybe, just maybe, she hit something. Or someone.

She can't turn to her former best friend Val, who's been sleeping with Diana's husband Jonathan for months, but she might find some comfort in newcomer Cole Pelham. Yet the closer they become, the more Diana begins to wonder what really happened that night--and how Cole might be connected. Worse, it seems everyone else could be involved, too.

Who was with her that night? What really happened? As her life unravels thread by thread and the dreams become too real to ignore, Diana will have to face the unthinkable--and do the unforgivable." 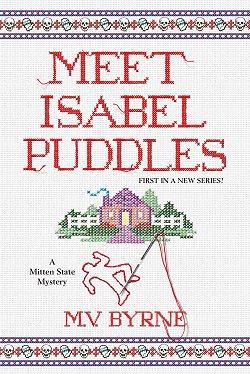 Series: #1 in the Mitten State cozy series set in Michigan.

Synopsis: "The only thing widow Isabel Puddles loves as much as her hometown of Gull Harbor on the shores of Lake Michigan is cozying up to a good mystery--but she never expected to be caught in the middle of one...

To the tourists and summer residents, Kentwater County is a picturesque community of small-town charm, fruitful farmland, and gorgeous freshwater beaches. To middle-aged widow Isabel Puddles, it's where she enjoys breakfast every morning at a local café with her childhood best friend and spends her evenings cozying up with a good book and her devoted Jack Terrier, Jackpot. In between, Isabel makes ends meet through a variety of trades--preserving pickles, baking pies, working the counter at her cousin's hardware shop, and occasionally helping "fix-up" the hair of corpses at the local funeral parlor.

When Isabel discovers a two-inch nail embedded in the skull of Earl Jonasson, it seems the octogenarian may not have died of a stroke. His son is quickly arrested when his alibi doesn't check out. But Isabel has known Earl Jr. since they were kids and can't believe he'd murder his own father, regardless of his financial difficulties. As gossip about Earl Sr.'s land and insurance policy money starts to spread around the county, Isabel finds herself conducting her own investigation to clear her friend's name. But real detective work isn't like Jessica Fletcher's Murder She Wrote mysteries, and she's meeting dangerous suspects who don't like Isabel poking around in their business..."

There's certainly a wide-ranging selection of new books this month, isn't there? Did any of them tickle your fancy? Which ones? Inquiring minds would love to know!